“30 Rock” star Katrina Bowden has a new rock of her own -- her boyfriend just popped the question!

Katrina broke the engagement news on the red carpet at Screen Actors Guild Awards in L.A. on Sunday. The blonde, who plays Cerie on the hit NBC show, was up for Outstanding Performance by an Ensemble in a Comedy Series with the rest of her “30 Rock” cast.

Ben Jorgensen proposed to the 23-year-old on Saturday night while the two were staying in a suite at the Four Seasons. The bride-to-be admits that she was so surprised that she actually forgot to say yes!

"He proposed and showed me the ring. I was so shocked that I just said, 'Oh my God!' and I hugged him and he said to me, 'So is that a yes?'"

Ben, 28, is a musician and former frontman for the band Armor for Sleep. The couple has been together for two years. 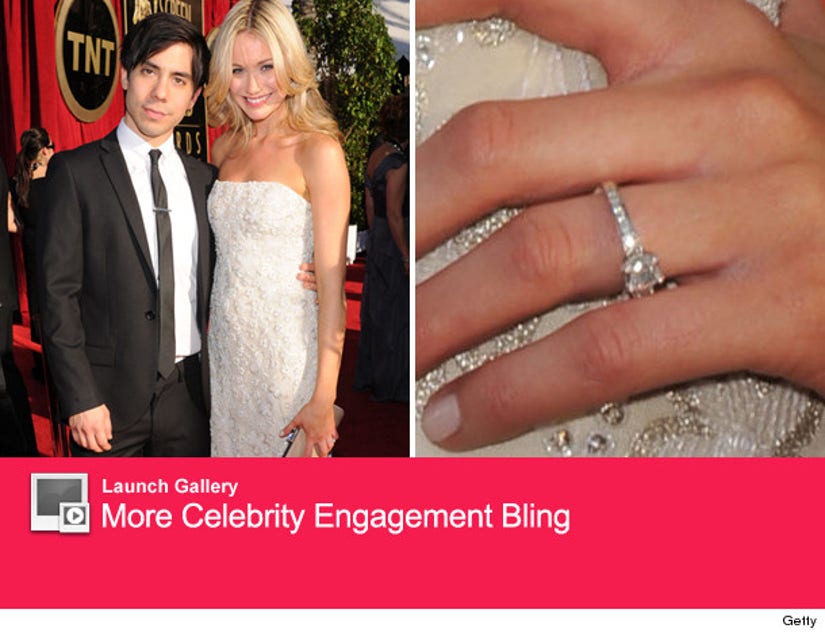