The Miami mansion that Gianni Versace lived -- and died -- in is up for sale!

The fashion designer spent $33 million renovating and updating the Ocean Drive mansion. Dubbed Casa Casuarina, it boasts a 54-foot long gold mosaic pool, observatory, 10 lavishly appointed bedrooms and 11 bathrooms. Jill Eber and Jill Hertzberg, the listing agents, described the property as "the crown jewel of real estate" and boast it will "command a dollar never seen before in Miami beach."

No kidding. You can be the owner of Casa Casuarina for a whopping $100 million. That's a deal considering it was listed for $125 million earlier this year. Check out the pics below: 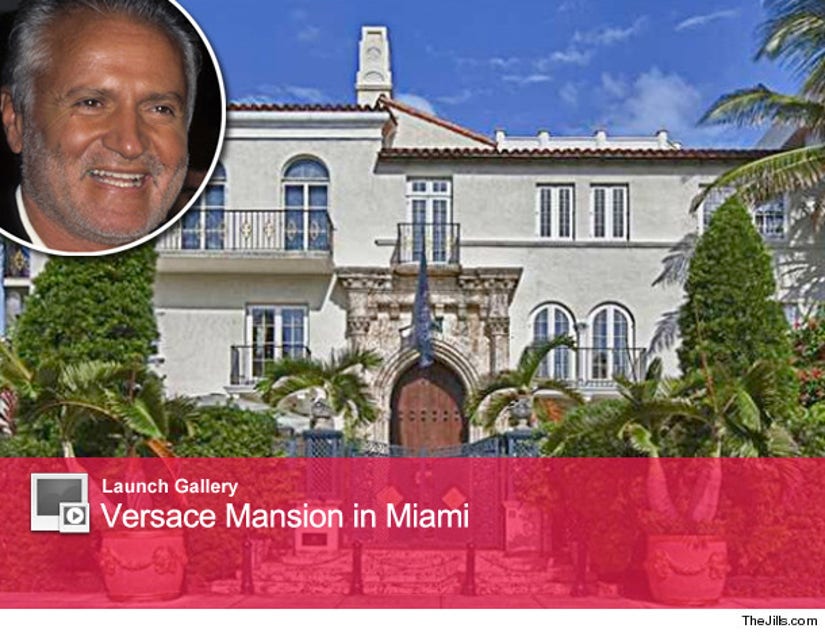 One thing the listing neglects to mention is that Versace was murdered on the front steps back in 1997 by Andrew Cunanan. As anyone who's ever watched "American Horror Story" can tell you, living in a house where someone died can be a risky investment -- if you happen to see Jessica Lange, run!

The Jills hold the listing if you've got a million Benjis to spare.