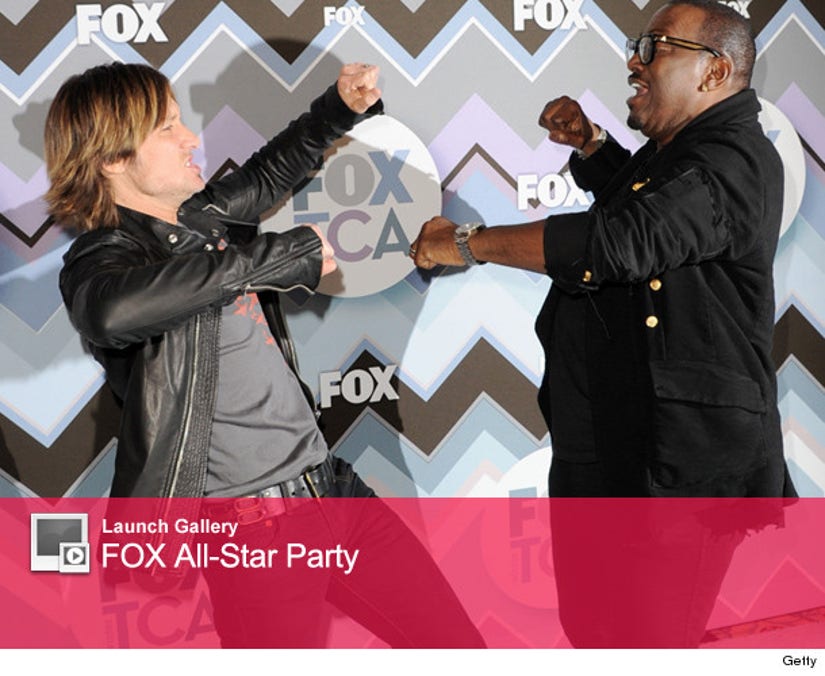 Nicki Minaj and Mariah Carey aren't the only judges on "American Idol" at war.

The fists were flying between show newcomer Keith Urban and reliable Randy Jackson last night on the red carpet -- where they made fun of their costars now famous fight.

The two hit the arrivals line together at the FOX All-Star Party in Los Angeles on Tuesday night, but one of the show's new judges was mysteriously MIA.

Nicki came solo and was seen heading inside, but there aren't any red carpet or party pics of Mimi.

The bash was packed with FOX stars, including Lea Michele, Naya Rivera and Kevin McHale of "Glee," "The Following" star Kevin Bacon, Zooey Deschanel of "New Girl" and, randomly, Jwoww.