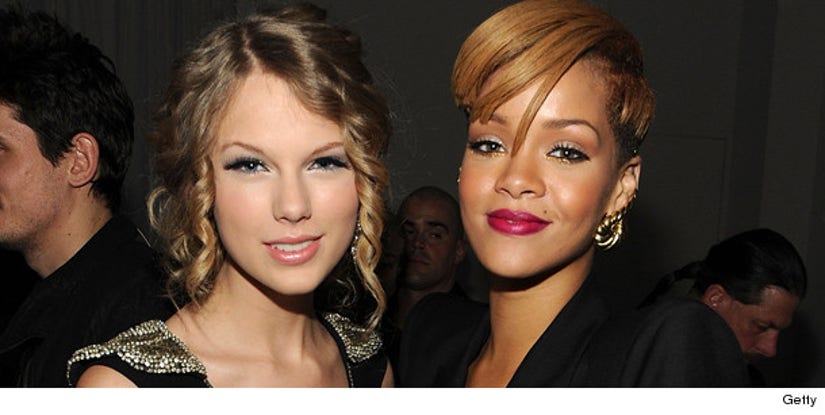 The Grammy Awards are a month away, and the show has a star-studded line-up of performers!

Taylor Swift, Rihanna, fun., Mumford & Sons and The Black Keys will all take the stage at the Staples Center on February 10, 2013. Each of these acts is nominated for multiple Grammys. ﻿﻿LL Cool J returns as the host.

One notable omission from the list? Justin Bieber, who was snubbed this year.

Granted, only the first round of performers were announced, but it's unlikely Justin will appear. The pop star will be hosting "Saturday Night Live" the night before. Also, Justin's manager, Scooter Braun, went on a public rant over his client's lack of nominations, tweeting that the Grammy board "blew it."

Who are you looking forward to seeing the most?

Be sure to come back to toofab to see complete coverage of the 55th Annual Grammy Awards on Sunday, February 10th!