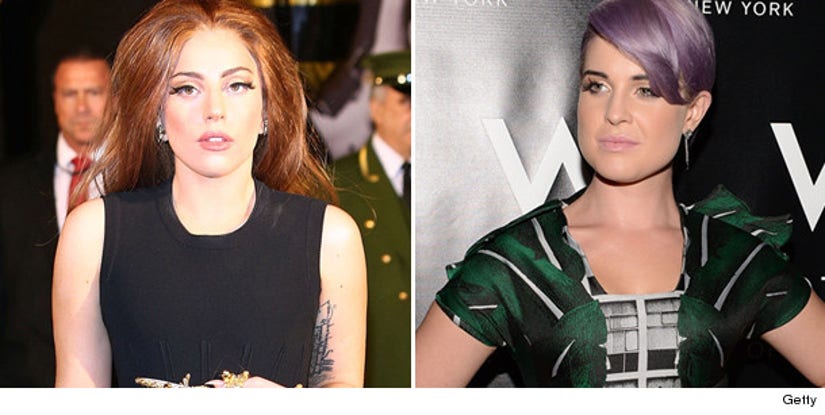 Kelly Osbourne has targeted a ton of celebs and their bad style on "Fashion Police" -- but now one of the stars is striking back.

In a long blog post from her Little Monsters website, Lady Gaga takes aim at Kelly and the E! show ... berating them for breeding "negativity."

"It used to make me truly sad when I would hear people talk about your weight when you were younger, as I was bullied too," Gaga writes. "To see you blossoming into a beautiful slender woman who makes fun of others for a living is astounding. Why not help others?"

"Your work on E! with the Fashion Police is rooted in criticism, judgment, and rating people's beauty against one another," she continues. "'Appearance' is the most used reason for bullying in the world."

While it all may seem like a big slam of Ms. O, the singer insists otherwise.

"I am pointing this out not to take a crack at your character, as we've met before and you're lovely," she writes.

The post comes after Kelly went off on the singer's fans in Fabulous magazine, saying they are "the worst fans in the world" ... claiming they said "I should kill myself, that they hope I get raped."

"I have no filter,” she said of her critiques at the time. "I say what I think and that's it. I actually think she's [Gaga's] a good singer but she has the worst fans in the world and you have a responsibility to stop that."

FYI, Gaga addressed her fans' behavior in her post too, writing "I cannot control my fans, and I discourage them from any negativity and violence, because that is wrong and hurtful -- and I do feel baldy that your feelings were hurt. However, we can all do our part in the media to set a standard of respect, compassion, and love."

Does Lady Gaga have a point ... or are Kelly's critiques in good fun? Sound off below!