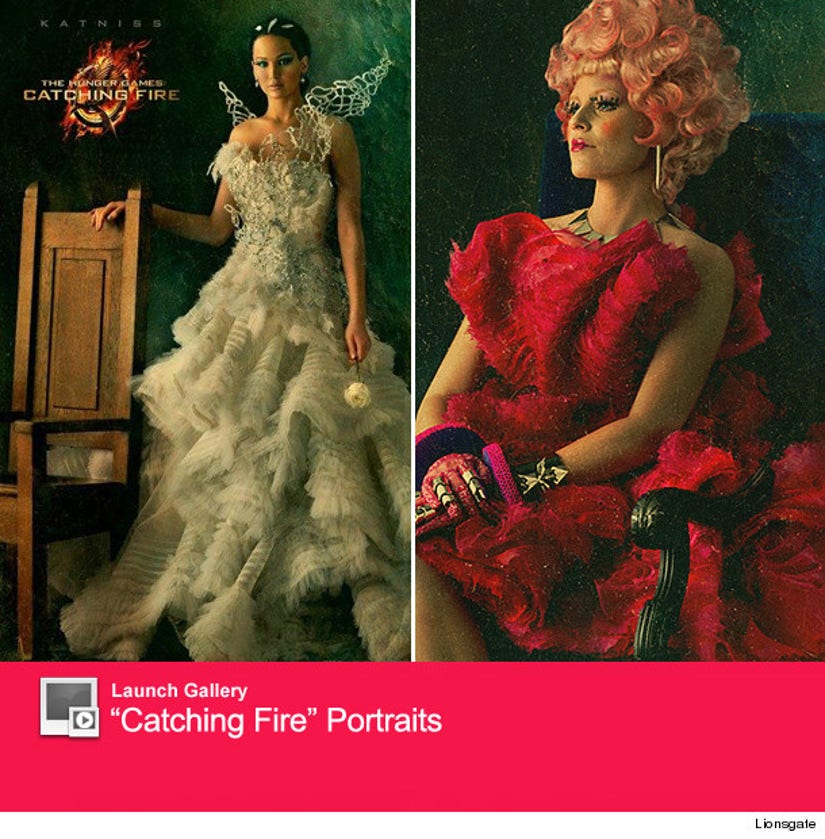 Fresh off her Oscar win, Jennifer Lawrence is back in a couture gown ... this time for "The Hunger Games: Catching Fire."

The actress goes glam as Katniss Everdeen in a new portrait for the upcoming sequel, sporting a ruffly strapless dress with ridiculous metallic embellishments that would fit in perfectly in The Capitol of Panem.

The above photo is the latest in a series of Capitol Couture portraits of the film's stars, including Elizabeth Banks as Effie Trinket (above right), Lenny Kravitz as Cinna and Woody Harrelson as Haymitch.

The movie won't hit theaters until November, so the PR machine is starting up early. We can't wait until we see a trailer ... which, we're guessing, will make its debut during the MTV Movie Awards in April.

Check out more sneak peek photos from the flick above.