Gerard Butler and Dylan McDermott are two of the easiest on the eyes actors in Hollywood, and they share the screen in "Olympus Has Fallen," opening Friday.

toofab has two exclusive photos of Gerard and Dylan from the action flick. While they're dressed to the nines, they actually portray Secret Service agents assigned to President Asher (played by another handsome actor, Aaron Eckhart). Check out the photo below: 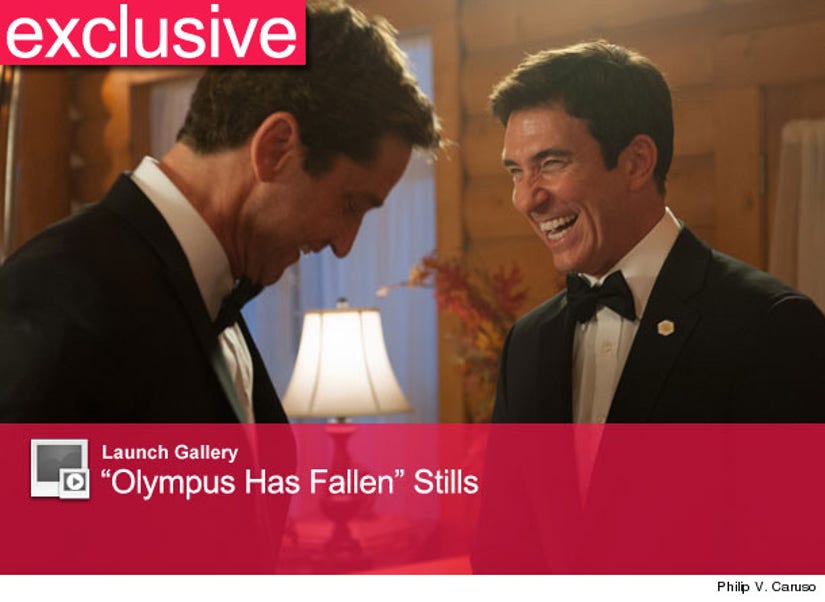 Without giving too much of the plot away, their lighthearted moment is short-lived, as a tragedy befalls Asher and Agent Banning (Butler) finds himself demoted. He's called back into action when the White House (codenamed Olympus after the mythical home of the Greek gods) is overrun.

With plenty of thrills and action and even more guy candy (in the form of Rick Yune and Cole Hauser), "Olympus Has Fallen" has something for everyone.