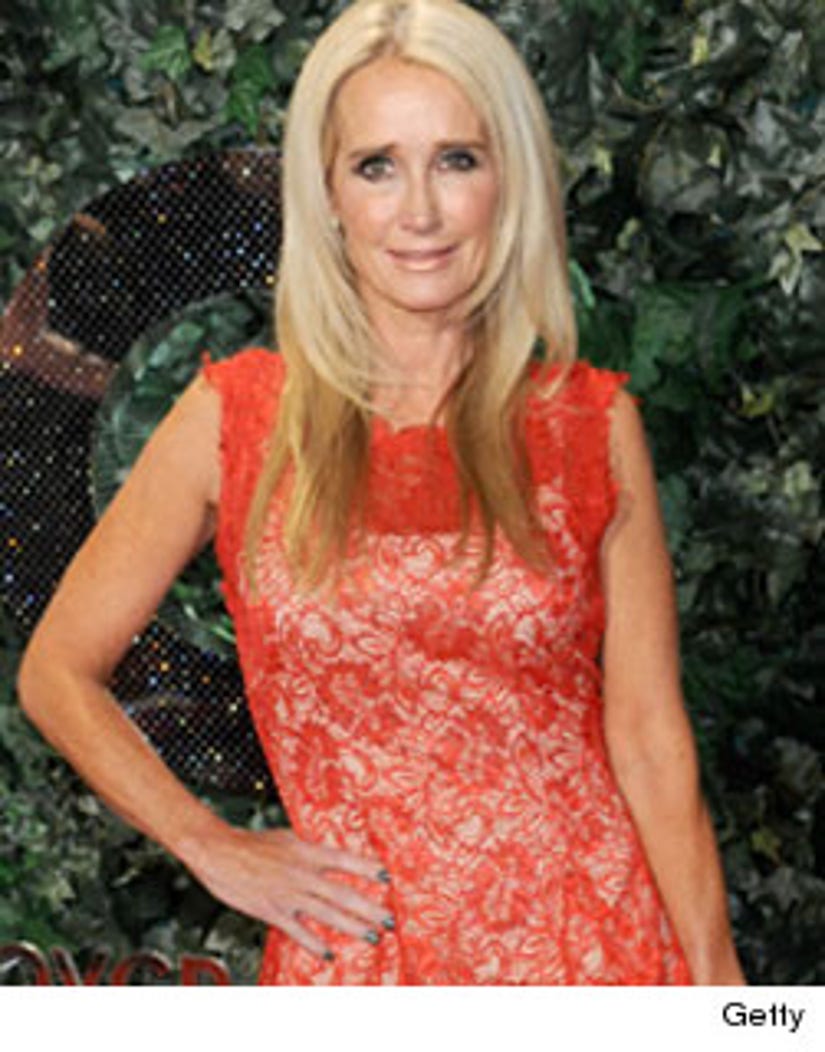 Kim Richards is weighing in on this season of "The Real Housewives of Beverly Hills" -- and it's not all pink champagne and diamonds!

In the promo for the reunion special Kim goes at it with costar, Brandi Glanville ... but contrary to the evidence, the two are actually pretty close.

“I don't have a problem with any of the girls and I actually consider Brandi [Glanville] a friend. I like her a lot, she understands me and I understand her," Kim tells toofab.

"We still keep in touch [since wrapping]. She's had some tough times with the divorce and some great things happen to her recently, so I call to congratulate her," Kim adds. "She says things sometimes without thinking, but I like her a lot and I think she is a genuinely good person."

Who would have thought?

But there was definitely some drama when the women recently reunited.

"It was the heat of the moment. On the reunion, sometimes you say things that you don't mean to say," Kim explains. "The reunion for me was the chance to lay things on the table, to go forward with our friendships. Looking back on the last season I saw things people said behind my back. [During the reunion] sometimes people jumped in when I was having a conversation about clearing things up from Season 3.”

While Kim says all the ladies are actually friends in real life (you know, because nothing is real on reality TV), one costar she hasn't seen since filming is Adrienne Maloof.

“Adrienne has been busy, she has her new guy and I really haven't heard from her at all. She's been busy going through a lot with her divorce.”

On the upside, Kim and Kyle Richards (her younger sister) are the best they've been in a long time.

Kim has struggled with sobriety very publicly in the past, but she's been clean for quite some time now, which has made her relationship with her sister all the better.

“You've definitely seen us go through ups and downs, but we are in a great place today, we are working on our relationship every day."

But it was the sisters' stint on "Stars in Danger: The High Dive" which really helped the two come together again.

"We were crying, fighting, laughing, it put us back like we were little girls. It put us in a place that we needed to be and brought us really close. This past Saturday was my daughter's birthday and Kyle came over … I cried after because I was so happy to have her back. I could cry now just talking about it. I've missed her so much and I am so happy to have her back.”

With another season of the "Real Housewives" under her belt and a new chapter in her life, Kim says she's finally in a really great place.

"I have my health, my sobriety, my kids, my sisters and I feel like my life has come full circle. It feels so good today. When I look back to a few years ago, I can't believe that was me," she says. "A year ago when I was sitting at Ken's [Blumenfeld], I thought it was the end. And today, I'm like, this is living.”

Make sure to check out the "Real Housewives of Beverly Hills" reunion special Monday, March 25!