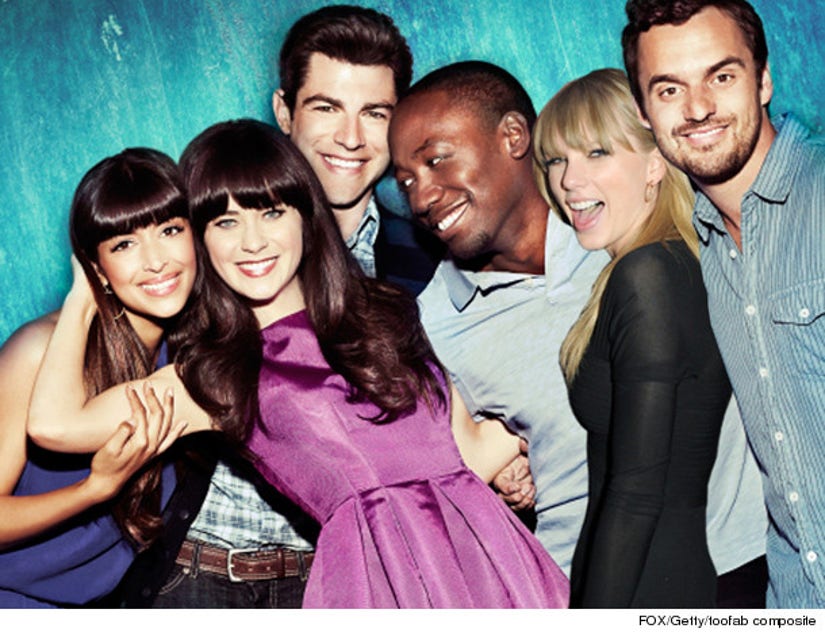 That might be how you'll sing the "New Girl" theme song on May 14th, as Taylor Swift is set to guest star on the season finale of the hit Zooey Deschanel show.

EW reports that the country crooner will play "a character named Elaine, who is an 'important guest' at the wedding of Cece (Hannah Simone) and Shivrang (Satya Bhabha)."

Hmm. She couldn't possibly be a heartbroken ex, could she? That would be so out of character for her!

In all honesty, we couldn't think of a better person to come in and stop this travesty of a marriage. Everyone knows that Cece and Schmidt (Max Greenfield) belong together!

We know that T-Swift doesn't have the greatest track record when it comes to acting (see: "Valentine's Day") but we're pretty excited. What do you think...