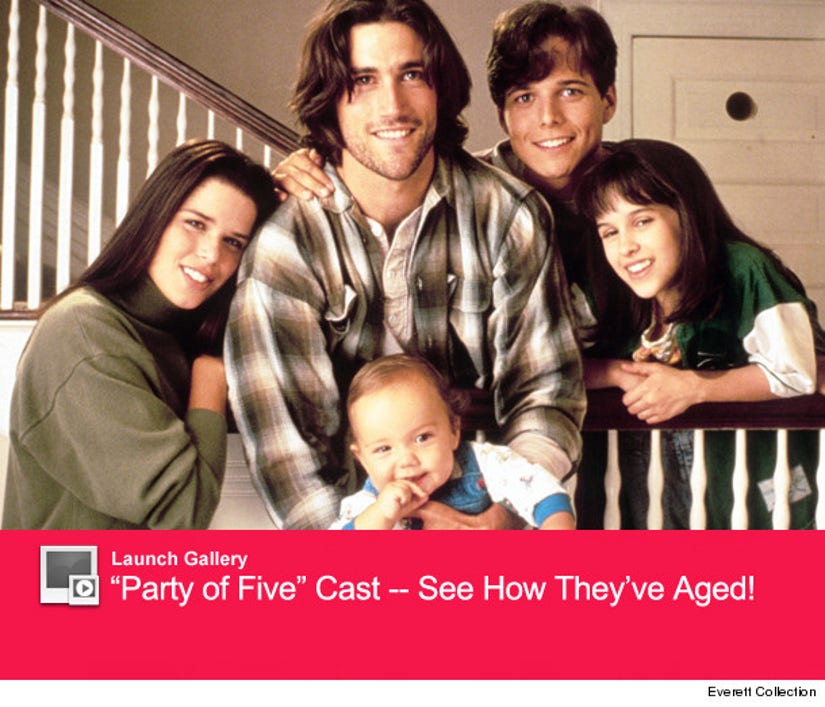 "Party of Five" may go down in history as one of the most depressing shows in history -- but what was it like behind the scenes?

But with a show filled with alcoholism, death, cancer, mental illness and domestic abuse, we had to ask: Did they have any fun on set?

Watch the video above to find out what it was really like filming with Matthew Fox. Plus, do they change the radio station if the show's theme song, the Bodeans' hit "Closer to Free," comes on?

And while the subject matter was sometimes rough, none of it compared to the difficulties of shooting with children.

Lacey Chabert was only 11 when the show debuted and her family's religious background created some touchy situations for the cast.

And then there was the revolving door of infants, toddlers and kids playing the role of Owen, who created some very tricky scenarios all their own.

Watch above as Wolf describes one particularly "horrifying" experience with one of the babies that he'll never forget.

And while Jennifer Love Hewitt couldn't make it down to Texas for the event, she was on her costars minds.

See what Scott had to say about his TV girlfriend's real-life pregnancy and engagement. Plus, hear about the emotional final day of filming back in 2000.