Kristen Bell is back in business as super-sleuth Veronica Mars ... and back in her skinny jeans!

The actress shared a photo from the set of the new Kickstarter-funded flick based on her 2004-2007 series on Monday, showing off her slim physique less than three months after giving birth.

"A break on the #VeronicaMarsMovie set for me," she tweeted along with the photo above. "So obviously, I'm trying out this weighted hula hoop."

Maybe that's how she dropped the baby weight so fast!

Bell posted another photo showing how excited she was to be back on set -- where she's seen wearing a Neptune High School t-shirt and holding a "Veronica Mars" bust and binder. 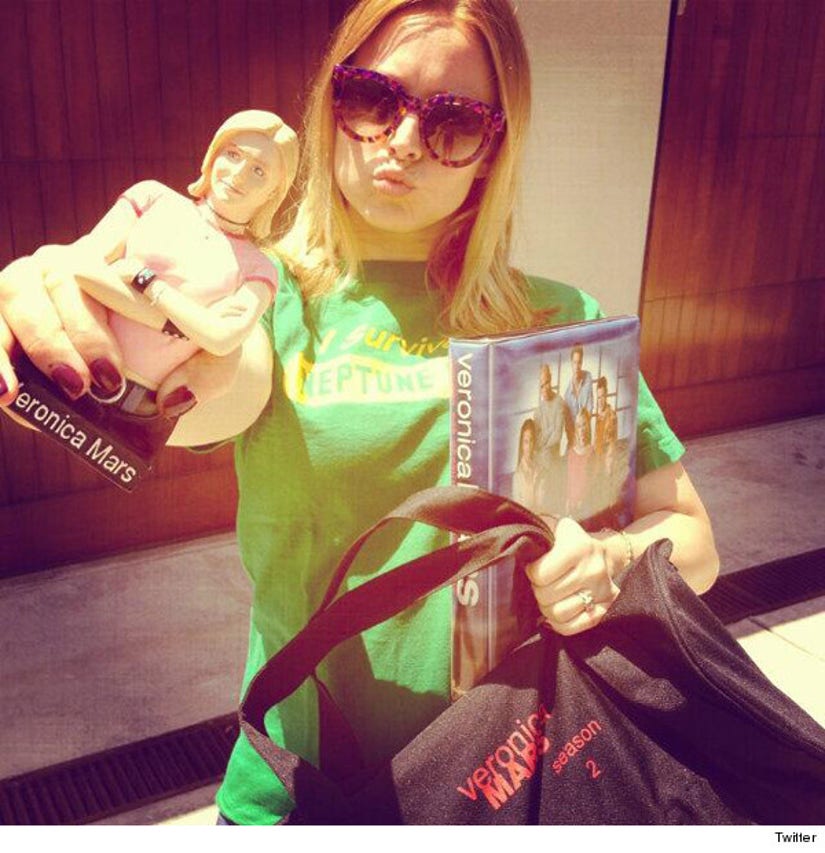 See how more stars have bounced back after baby in the gallery above.