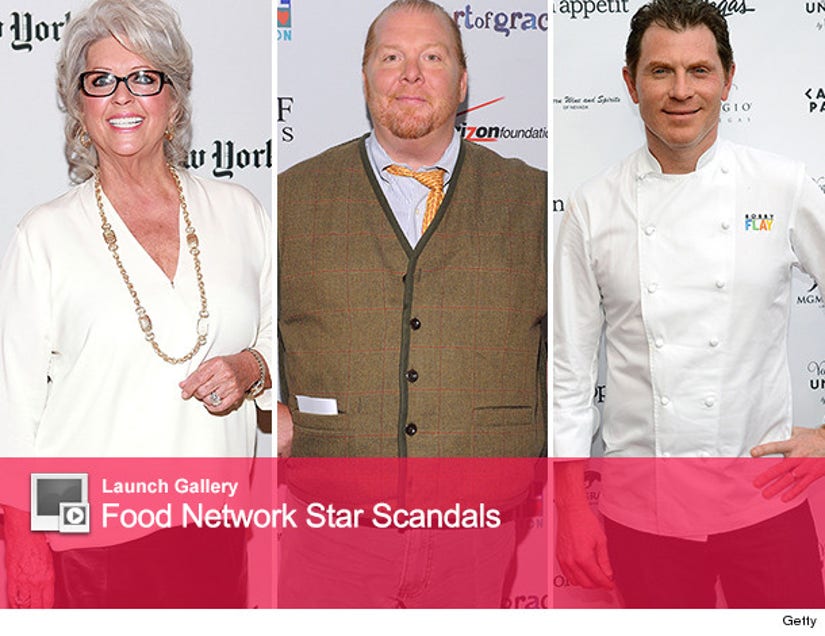 Paula Deen has lost ANOTHER deal.

On Friday, Ballantine Books, the publishers behind her planned cookbook, "Paula Deen's New Testament: 250 Recipes All Lightened Up," said they were no longer releasing the book.

Ballantine follows Target, who announced Thursday they are ending their relationship with the embattled celebrity chef.

"We have made a decision to phase out the Paula Deen merchandise in our stores as well as on Target.com," a rep told TMZ. "Once the merchandise is sold out, we will not be replenishing inventory."

Smithfields Foods also dropped Deen after she admitted to using a racial epithet. Her admission came last month while she was on trial for a discrimination lawsuit.

The Food Network, which aired Deen's numerous cooking shows and made her a household name, canceled her contract. But she's not the first Food Network star who's been involved in scandal. The channel's biggest names, including Mario Batali and Bobby Flay, have previously made headlines.

Click on the "Launch Gallery" above to see who's gotten into heat outside of the kitchen! One chef put the cook in crook by stealing employee tips!