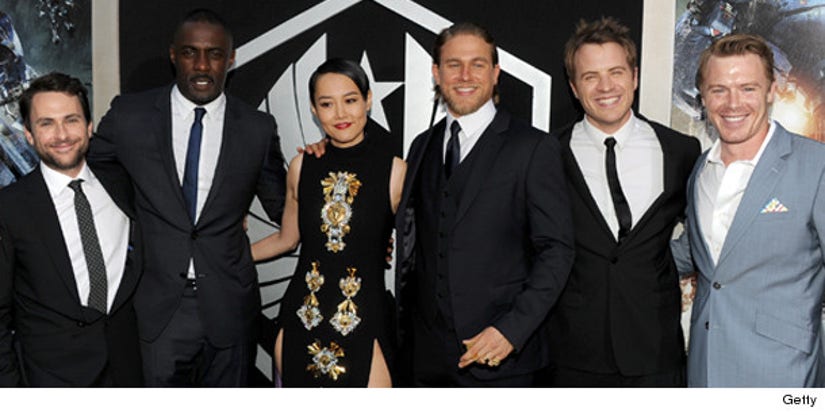 toofab's Lawrence Yee caught up with the cast at the world premiere and asked them who they would "drift" with. For those of you who haven't seen the movie yet, "the drift," is the bridge that two pilots create while piloting the robotic jaegers -- giving them access to each other's memories.

We got everyone from director Guillermo del Toro to Charlie Day to reveal who they would connect with, but it was lead Charlie Hunnam's answer that was the most honest ... and hilarious. Also, who knew that Rob Kazinksy had brains to match his looks. Watch all their responses below:

Which cast member would you like to drift with? Tell toofab in the comments below!