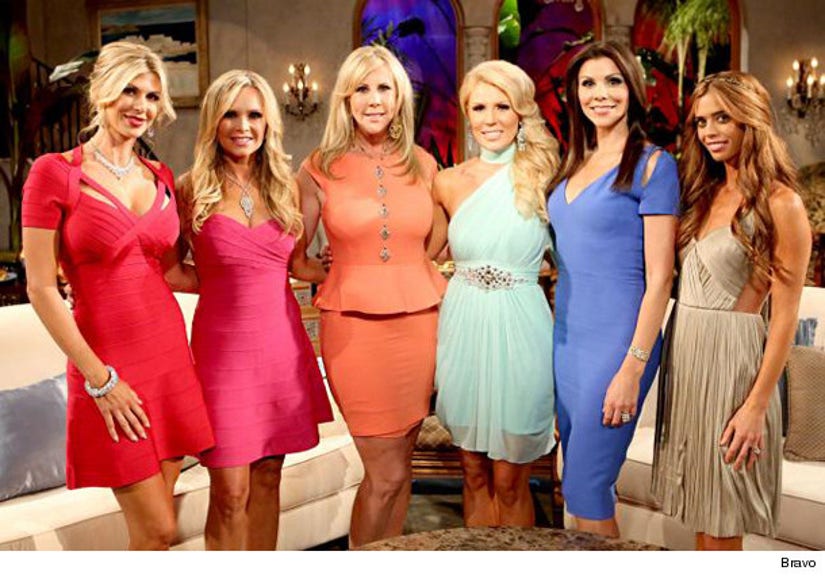 We're still reeling from the shocking "Real Housewives of Orange County" reunion, where Tamra Barney broke down and Vicki Gunvalson got broken up with.

The show also gave us a fashion moment -- in the form of Gretchen Rossi's mint choker-neck dress. The O.C. wives love their bright colors and Herve Leger bandage dresses, so Gretchen's was a nice departure (see who the other ladies wore here).

toofab caught up with the dress' designer -- Michael Costello -- at the recent Have Faith Swimgerie preview at Kyle By Alene Too in Beverly Hills. If Michael's name sounds familiar, it's because he competed on two seasons of "Project Runway" -- including a third place finish on "Project Runway All-Stars."

Check out what Michael and his design partner Walter Mendez thought about the risque color, and why they had to hide from Gretchen's fiance Slade Smiley! 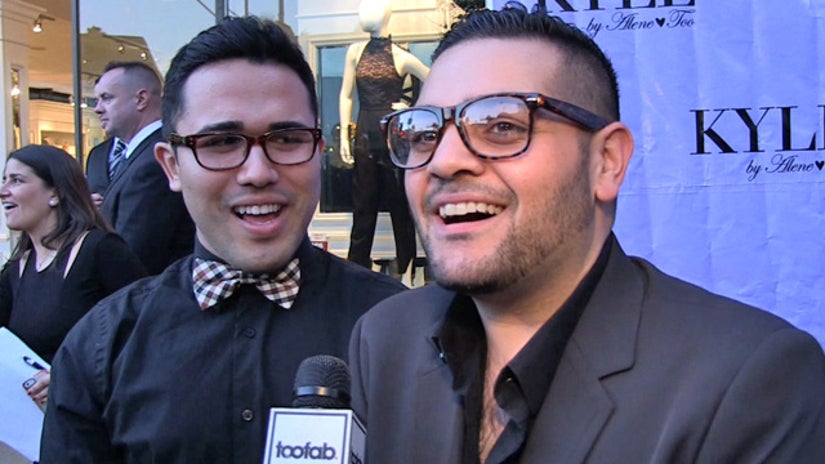 In this bonus clip, Michael talks about who he thinks will make it to the finale on this season of "Project Runway" and Sandro Masmanidi's violent outburst. 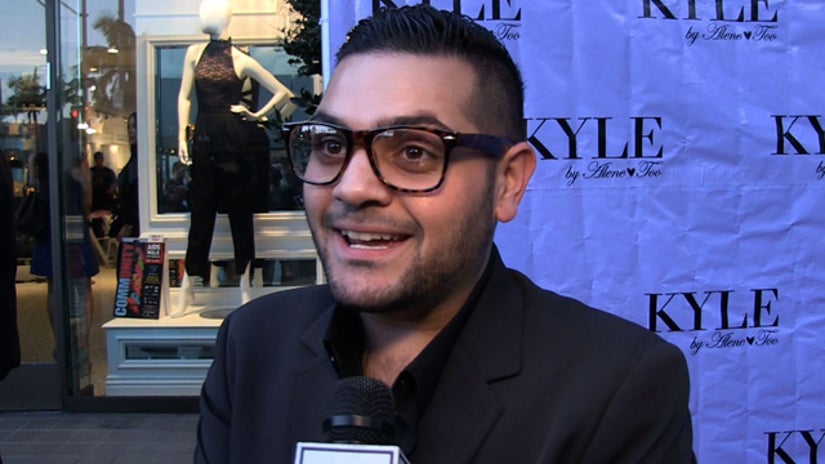 Take a look at more of Gretchen's sexy styles below: