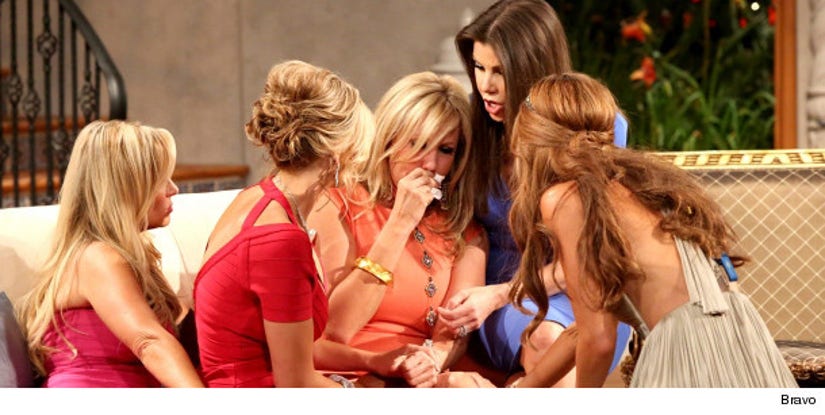 Things got really dark on the "Real Housewives of O.C." Monday night, and by the end of the reunion episode, Vicki Gunvalson -- who was so desperate for love -- found herself single again.

Brooks Ayers, Vicki's on/off boyfriend, made the decision to call their relationship off, leaving Vicki in tears. How did it get to that point? Follow along as the breakup unfolded.

There's no love lost between Brooks and Vicki's daughter, Briana Wolfsmith-Cublerson. Briana was invited to share her side of the feud, but one comment got her mom off the couch and threatening to leave:

After Brooks took his seat, Briana rattled off a list of things Brooks allegedly did that she took offense with, including a charge so shocking that Vicki and Lydia McLaughlin both walked off:

"There is no resolution," a clearly torn Vicki said after her daughter's and boyfriend's heated exchange. But Brooks took matters into his own hands and decided it was best to break up with Vicki ... on camera.

"I care for him more than I've probably cared about anybody," Vicki said of Brooks. "I hate my life right now," she added. Who's the source of all the misery in Vicki's life? Vote below: