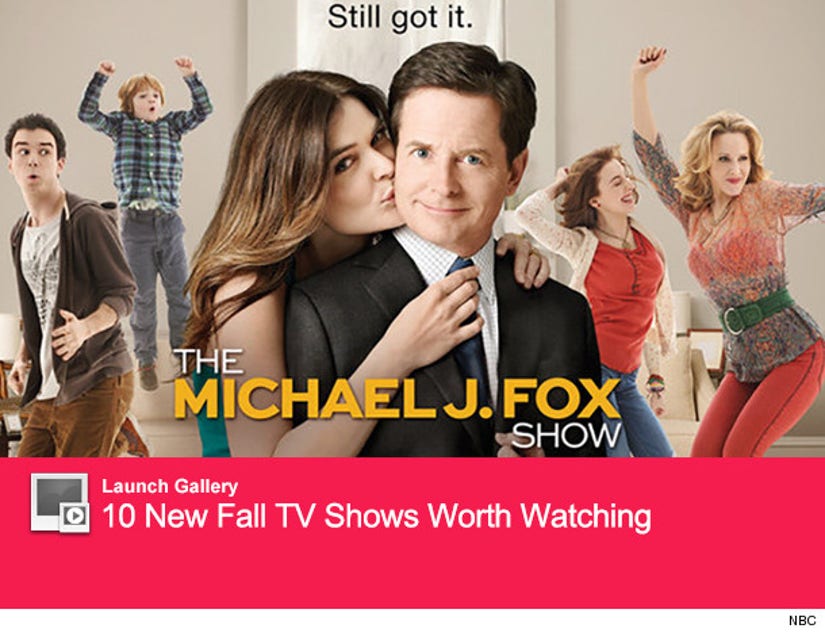 Michael J. Fox has had a very public battle with Parkinson's disease -- but it hasn't all been bad.

Fox covers the latest issue of Rolling Stone magazine where he opens up about the disease and his new series "The Michael J. Fox Show."

On the NBC sitcom, the actor plays news anchor, Mike Henry, who was diagnosed with Parkinson's disease five years ago, and decides that it's time to finally get back to work.

Michael believes that the disease has inadvertently made him a better actor.

"I had a certain fluidity to my movements and rhythm of speech and a physicality that I had depended on," he says.

"It served me really well, but when that was taken away, I found that there was other stuff that I could use. That hesitation, that Parkinsonian affect, is an opportunity to just pause in a moment and collect as a character and respond to what's happening and just gave me this kind of gravitas. It really gave me a new view of things."

But appearing in front of the camera with his Parkinson's diagnosis hasn't always been as easy.

"I used to be really nervous," Fox admits, "and sit in my dressing room and fret about a scene that was coming up and sweat it out and say 'What am I going to do? You say action and I have to do something. What am I going to do? And what's that actor going to do? And how do I respond to that?' And now it's just like 'Okay, what's happening?' And something happens, I react to it and if nothing happens, I don't react. I don't worry about that bit I was going to do or the look I was gonna give because when I get there I may not be able to give that look or do that thing or move that glass."

We're sure Michael will do great on his upcoming NBC series, and it's definitely on our list of this season's must-see shows.

See which other fall TV shows we're excited for by clicking "Launch Gallery" above, and for Fox's full interview with the mag pick up a copy of Rolling Stone on stands now!