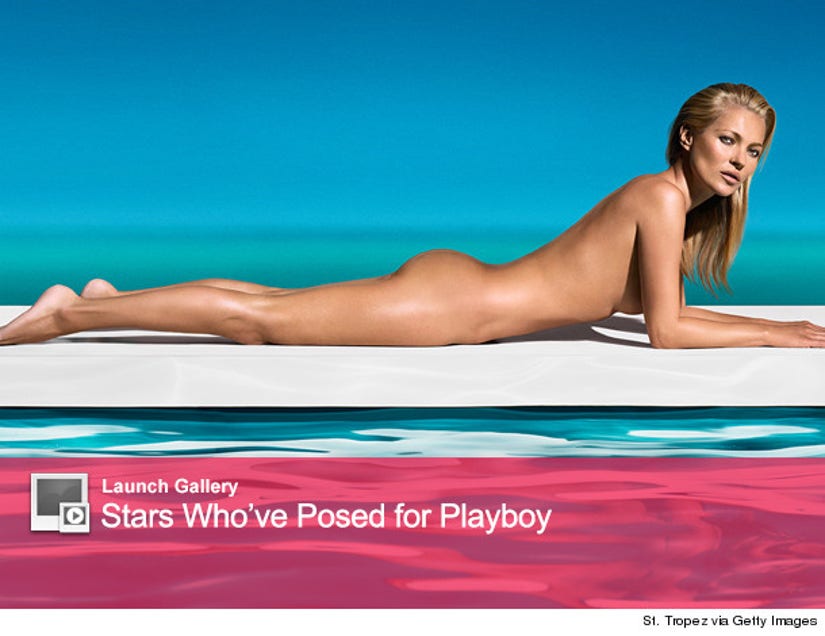 Kate Moss is combining her two passions: Modeling and nudity!

On Tuesday, Playboy's editorial director Jimmy Jellinek told the Los Angeles Times that the supermodel will be the magazine's 60th Anniversary cover girl for the January/February issue.

"This is a massive global brand," Jellinek said of Playboy. "You need a global icon in order to celebrate that -- that was the impetus. You're talking about the face of Burberry, the biggest supermodel in the world on the cover of Playboy. She's the perfect partner for us to help launch the next 60 years."

We have to agree with Jimmy, the model has one amazing figure and everyone knows she's more than comfortable with nudity!

But this spread (no pun intended) will be taking Kate's comfort to a whole new level. The L.A. Times also reports that the 39-year-old will be snapped "full-frontal" and wearing French cuffs and Playboy's signature velvet bunny ears.

While Moss isn't the first model to grace the mag, she's definitely one of the most distinguished.

Moss has appeared in numerous campaigns for brands like Versace, Dior, Calvin Klein and Burberry (to name just a few), and she's one of Vogue's most beloved cover girls.

Unlike Playboy's past models -- ranging from Sports Illustrated to Victoria's Secret stars -- Kate's known for her high-fashion work.

See even more celebrities who have posed for Playboy in the gallery above!