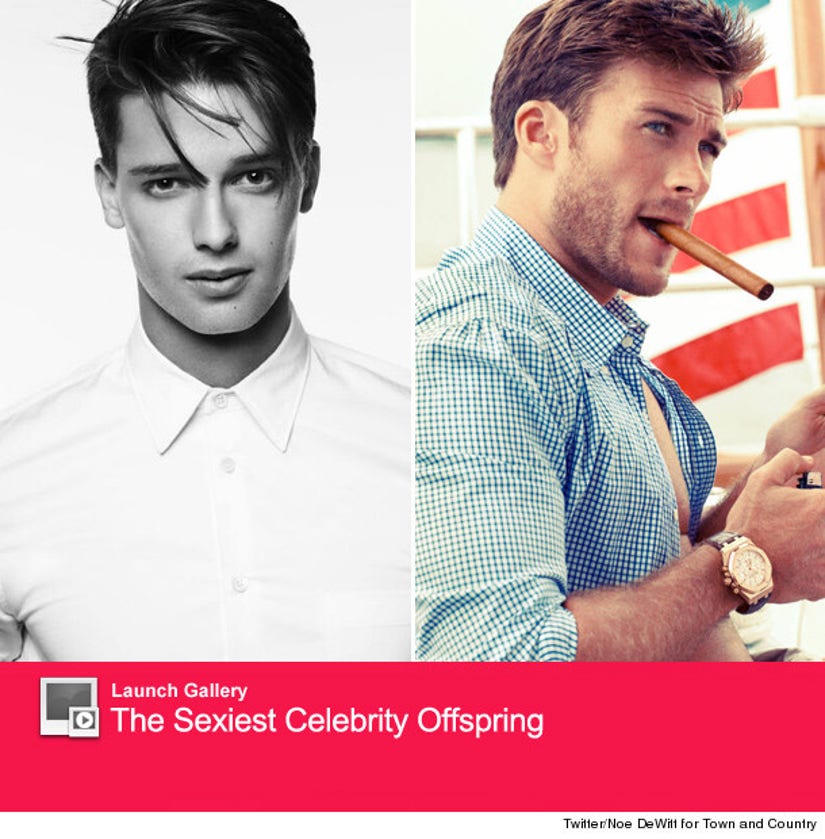 It's not the stars making headlines for their looks this week -- it's their kids!

And, at 20, he's already got a pretty impressive resume. Not only does Arnold's oldest son have his own clothing line, but he also models and appeared in "Grown Ups 2."

We look forward to seeing more of him in the future!

His new fashion spread in Town & Country magazine is one of the biggest things to hit the Internet this week -- thanks to his chiseled good looks and resemblance to his famous father.

But they aren't the only hot sons and daughters of Hollywood. Check out the gallery above to see which other famous faces passed down their great genes!

Who do YOU think has the hottest kid?