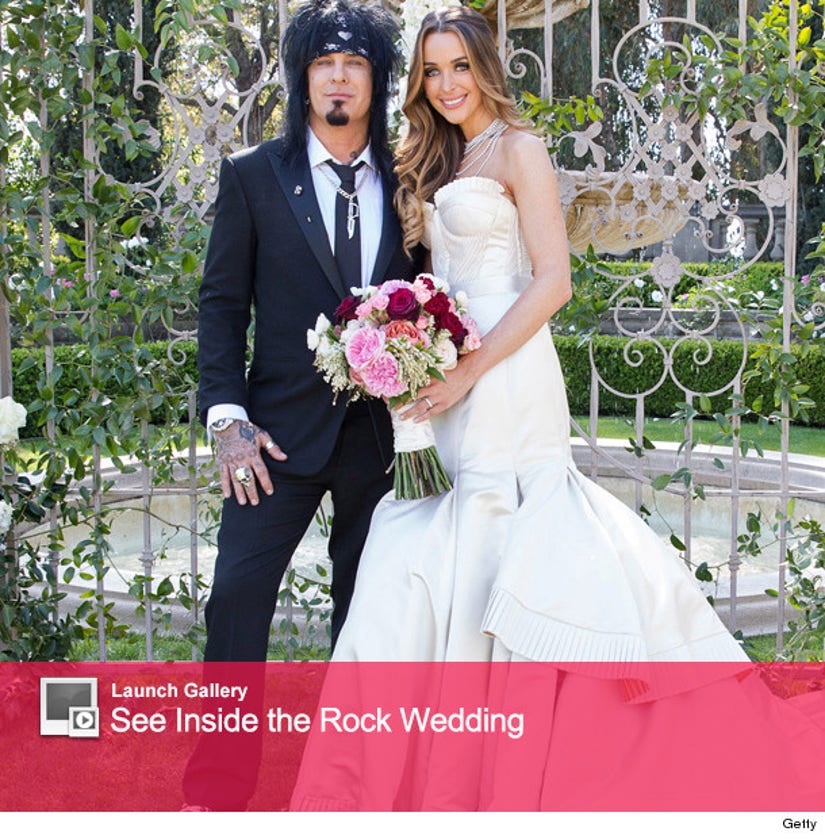 The Mötley Crüe bassist married model Courtney Bingham at Greystone Mansion in Los Angeles on Saturday, in front of about 130 friends and family members.

The 26-year-old bride looked beautiful in a custom ivory gown, while the 55-year-old rocker wore a black suit with a matching black bandana.

Bingham first showed off her six-carat engagement ring back in November 2012, shortly after Sixx announced their engagement on Facebook.

"When Courtney and I were in St Bart's I popped the question and she said YES....We would like to thank everybody who has been tweeting and posting online us congratulations....Both of us and our families are beyond happy," he wrote at the time.

This is the musician's third trip down the aisle. He was previously married for seven years to Playboy playmate Brandi Brandt and 11 years to actress Donna D'Errico.

Click "Launch Gallery" above to see more photos from inside the rock star wedding.