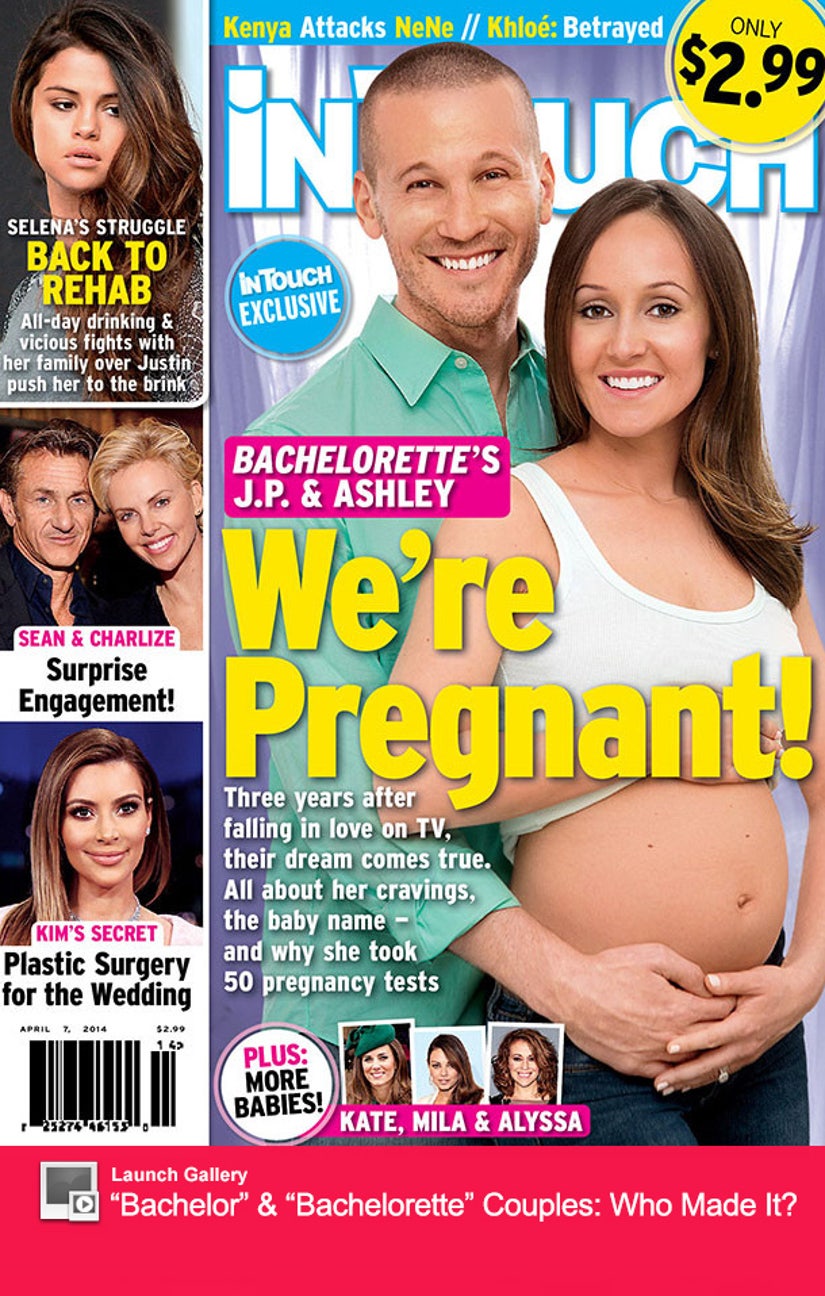 There's a "Bachelorette" baby on the way!

Ashley Hebert and J.P. Rosenbaum are expecting their first child together, the couple confirms to In Touch -- covering the magazine by exposing her tiny baby bump.

"I'm a little nervous, but we're very excited," Ashley tells the mag. "I've wanted a child for a while."

Hebert, who tied the knot to Rosenbaum on TV back in December 2012, is reportedly three months along and due in October.

J.P. says they actually found out they were expecting while attending Sean Lowe and Catherine Giudici's wedding in January.

After taking a few pregnancy tests with questionable results, they took another while in Santa Barbara.

"There was legitimately a line [on the test]. That's when we officially found out," says JP. "Of course it would be at a Bachelor wedding!"

This makes them the second couple from the show to have children, following in the footsteps of Trista and Ryan Sutter. Check out the gallery above to see how more couples from "The Bachelor" and "The Bachelorette" fared after the show ended.