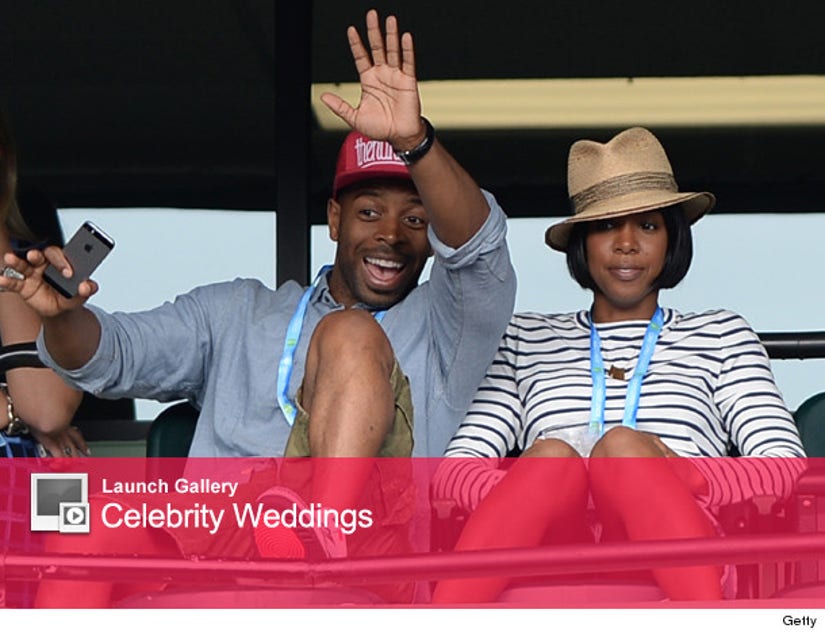 Kelly Rowland is no longer a single lady!

The former "Destiny's Child" singer quietly got hitched to her manager and boyfriend Tim Witherspoon over the weekend, according to Us Weekly.

The 33-year-old's big day took place May 9 in Costa Rica, with Beyonce and her sister Solange Knowles among the guests.

"It was a quick, simple ceremony -- only around 30 people," a source told the mag.

Beyonce took to her Instagram the same day to share a shot of herself in what appeared to be a bridesmaids dress. (Before she headed to Costa Rica, the "Drunk in Love" singer was in the middle of a fight between her husband and her sister at the Met Gala).

Rowland confirmed her engagement back in December 2013 during an appearance on "The Queen Latifah Show."

This is the first marriage for the singer, who was previously engaged to football player Roy Williams but split in January 2005.