Thank you, Kendall Jenner, for giving us our first "moment" of the Billboard Music Awards.

While performers like Shakira, One Republic and Florida Georgia Line all came and went with perfectly adequate performances ... and Iggy Azalea and Ariana Grande slayed "Problem" ... it was the 18-year-old reality TV star who had the first incident everyone will be talking about tomorrow.

When it came time to for the band 5 Seconds of Summer's performance, Jenner's introduction started out smoothly ... but then went downhill quick.

It almost sounds like she wanted to say "One Direction," realized her BIG mistake and then admitted "Guys, I'm the worst reader."

Well, at least she's pretty ... and has a sense of humor about the whole thing. Here's what she tweeted out after:

Next up: Michael Jackson's hologram ...

This was the "performance" that everyone was looking forward to most -- and it didn't disappoint.

The Michael Jackson Estate created one visually amazing moment by having the late King of Pop returning from the dead to dance to his "new" single "Slave to the Rhythm."

Was it creepy? Kind of. But it was also all kinds of awesome. Looks like holograms are here to stay. 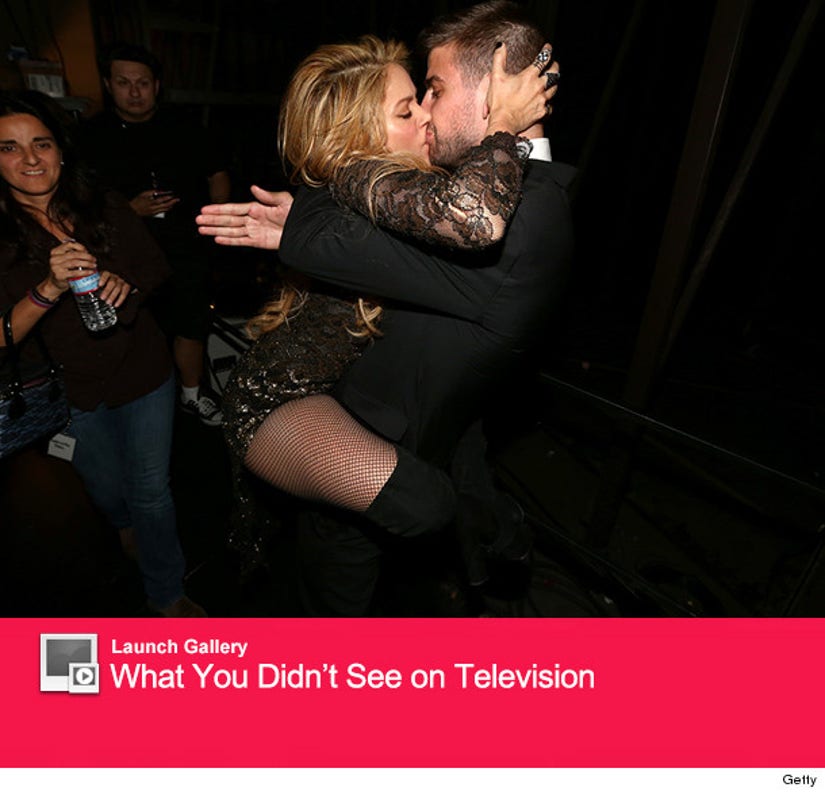 Our next moment didn't happen on stage, but behind the scenes after one of the show's earlier performances.

After doing a slinky rendition of her hit "Empire," Shakira was met backstage by her hot soccer star baby daddy Gerard Pique -- and she was VERY happy to see him.

Just look at that greeting he received! Get it, Shaki!

The singer picked up the trophy Top R&B Song for "Blurred Lines," and took time to thank his estranged wife Paula Patton.

"I'd like to thank my wife for her love and support and for putting up w/ me all these years," he said before exiting the stage.

He later performed a song called "Get Her Back," which was obviously about Patton with lyrics like "I should have kissed you longer, I should have held you stronger and I'll wait for forever for you to love me again."

- Justin Timberlake picked up Top Artist and thanked "Everyone on Earth, everybody on Earth, except Donald Sterling" during his acceptance speech.

- Miley Cyrus performed "Lucy In the Sky with Diamonds" with The Flaming Lips star Wayne Cone.

Click through the gallery below to see more hot looks from the red carpet! 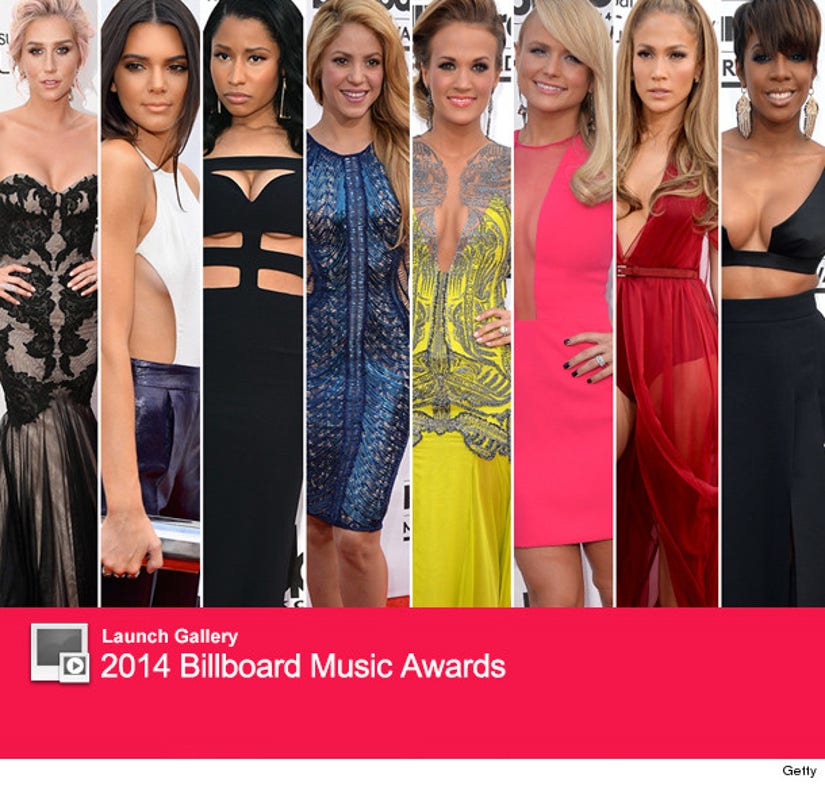