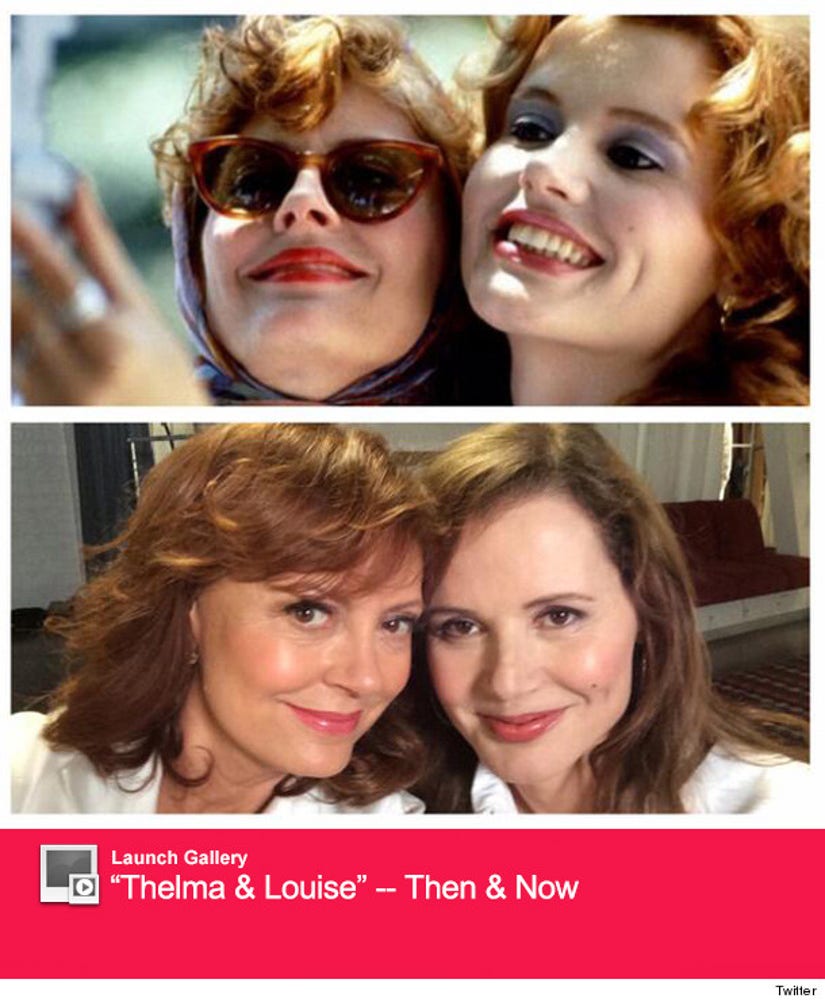 "Thelma & Louise" have upgraded their Polaroid for an iPhone.

Susan Sarandon and Geena Davis posted one incredible photo on Twitter today, giving us all serious flashbacks to the classic 1991 girls-on-the-run film.

"Inventors of the #selfie at it again. #ThelmaAndLouise," Susan captioned the split photo, which shows them over 20 years ago ... and today.

It seems like the two have remained close friends since making the flick back in the early '90s, as they are often photographed together at events.

And can we all just take a minute to talk about how incredible both of them look these days too?

It's a shame their characters drove off a cliff and killed themselves at the end of the film, because Susan, 67, and Geena, 58, still have what it takes to star in a sequel!

Check out the gallery above to see how the rest of their costars aged as well. We know Brad Pitt did!