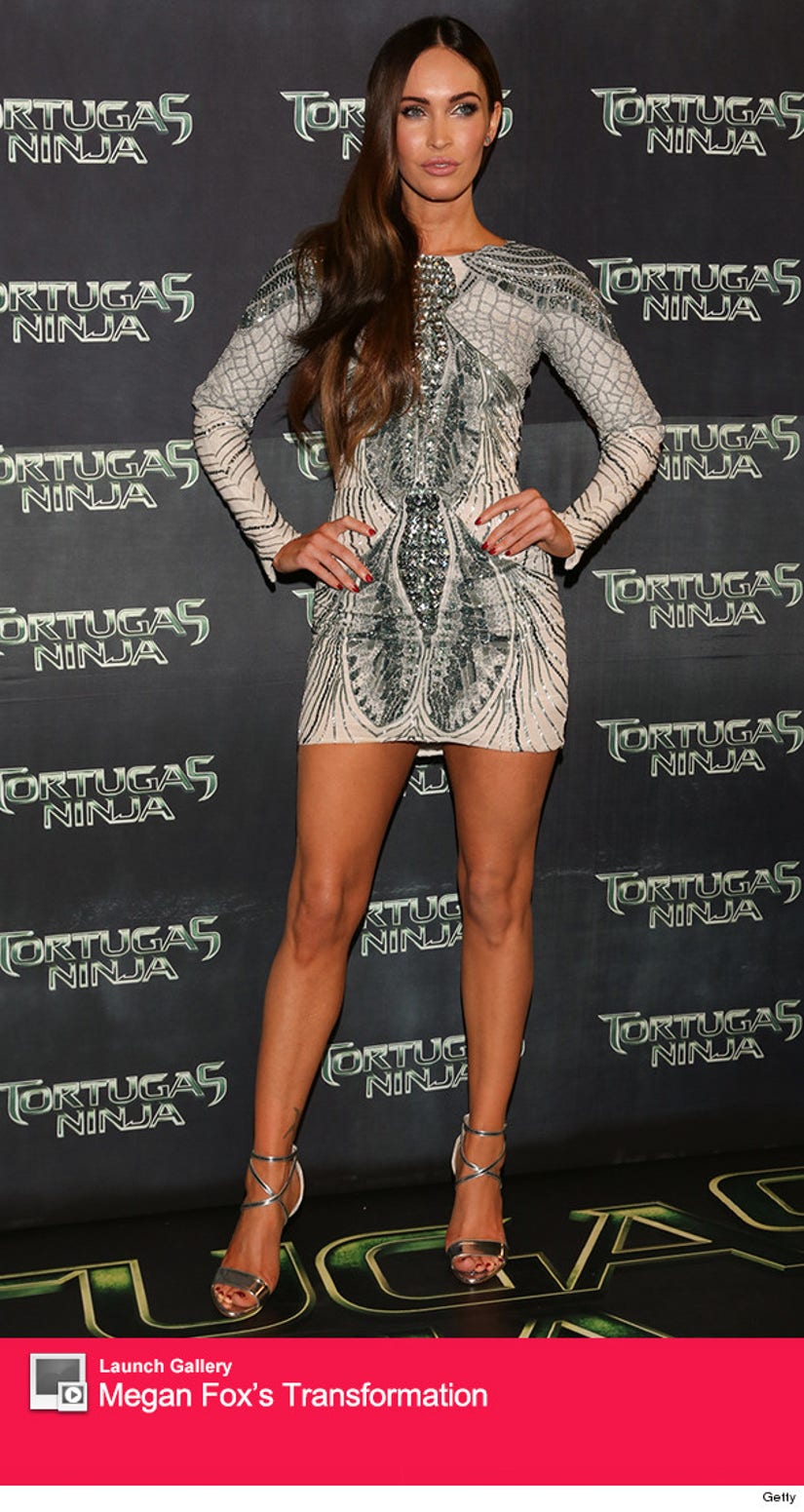 Talk about legs for days!

The paired the sparkly dress with silver heels and wore her extremely long hair swept to the side.

Between presenting at the Nickelodeon Kids' Choice Sports Awards, making an appearance at Comic-Con this year to promote "TMNT" and now this, Fox has been busy since giving birth to son Bodhi back in February.

And what a hot mama she is, right?!

The 28-year-old was actually pregnant with Bodhi while filming her latest flick, something that caused quite a few uncomfortable days on set.

"I got pregnant with Bodhi two weeks into filming Ninja Turtles, which is an action movie and requires a lot of running and jumping and stunts," she told Ellen DeGeneres of the experience. "Anyone that's been pregnant knows your first trimester can be pretty rough and you're nauseous all day long, so I spent the whole shoot basically [feeling ill]. The producers would come see me in the morning in the makeup trailer and I would be clinging to a box of saltines. We had pickles in the refrigerator for me and I was just constantly on the verge of vomiting."

We'll see if all her hard work paid off when "Teenage Mutant Ninja Turtles" opens next weekend. Check out a trailer below.