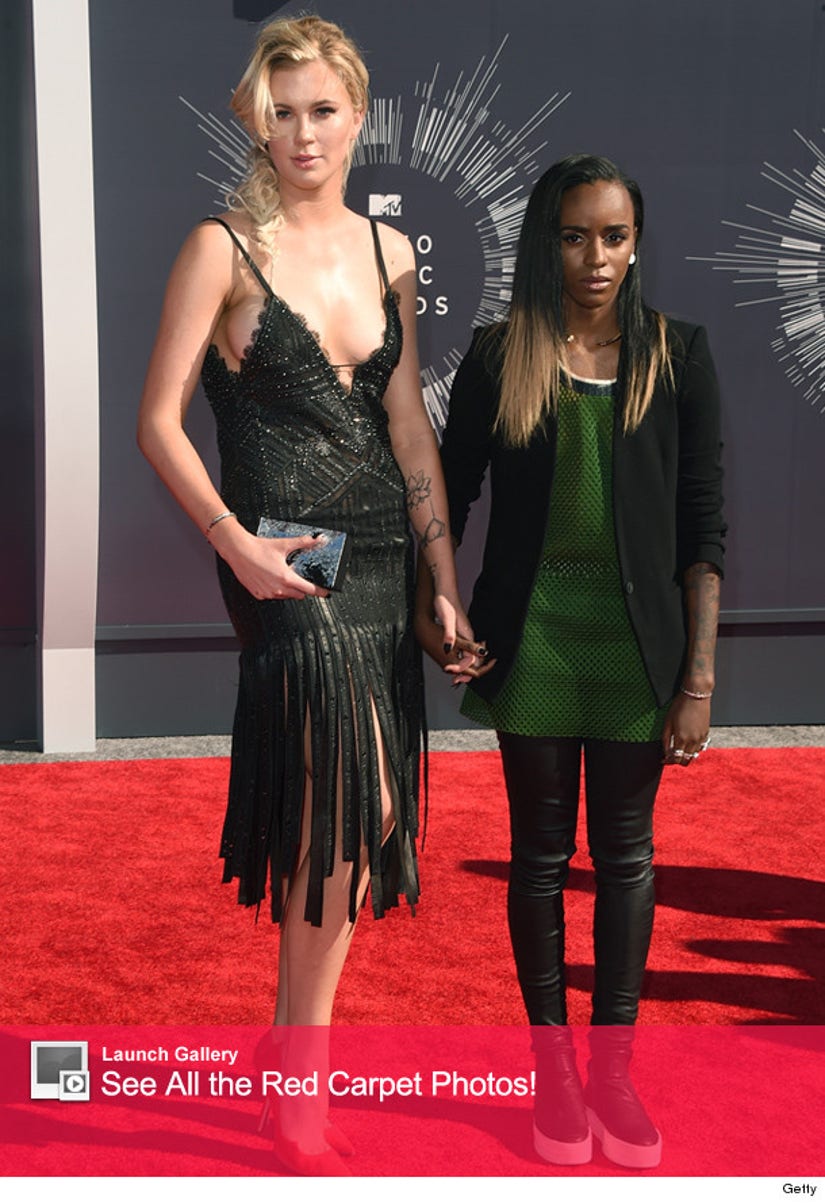 Ireland Baldwin and Angel Haze are making it official!

The model and the rapper made their red carpet debut as a couple at the 2014 MTV Video Music Awards on Sunday night, holding hands as they posed for pictures.

The 6'2″ beauty towered over her girlfriend in a revealing black dress with a ruffled bottom and red pumps. Haze dressed casually in a green mesh dress covered by a black blazer, leggings and black platforms.

Angel recently opened up about her relationship with Ireland. "An interracial gay couple, I mean that's just weird for America right now," she told The Independent. "We f--k and friends don't f--k. I have never f--ked one of my friends."

"There are still certain limitations for women," she added. "If we were two guys, it'd be insane, negatively insane with the attention. With us it's all being very positive, the media are like, 'Oh they're so cute, they're best friends.'"

What do you think of the pair's first red carpet appearance? Tell toofab in the comment section below, and click "Launch Gallery" above to see all the stars at the MTV VMAs!