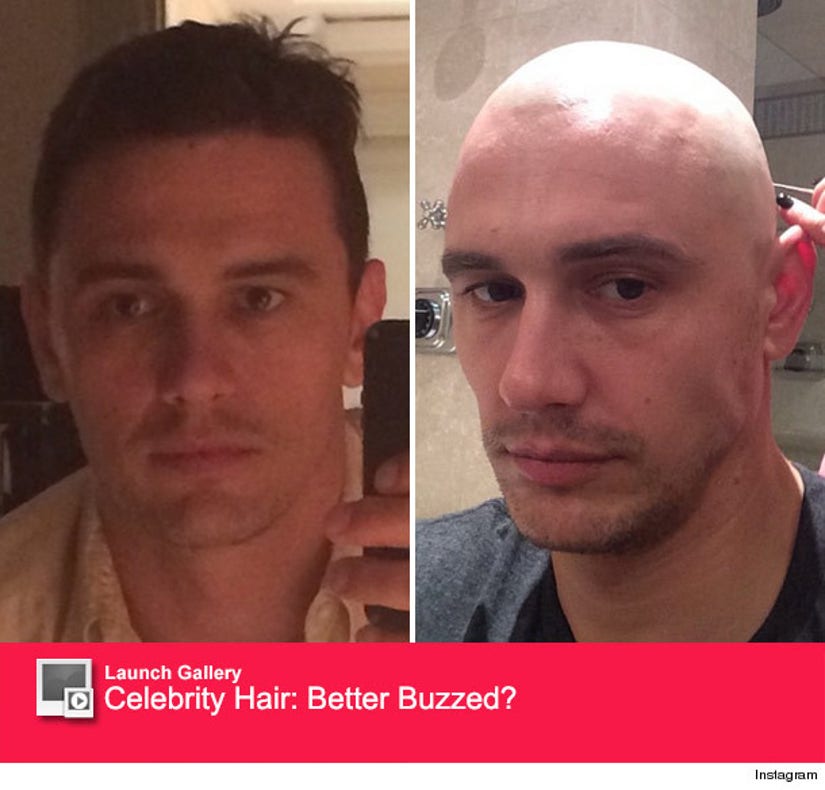 James Franco has a new 'do!

The 36-year-old actor shaved his head on Wednesday for his role in "Zeroville," and he took to Instagram to document the buzzing in a series of selfies.

In the pics, the "Spring Breakers" star goes from a full head of hair to completely bald.

"Bald as a mutha!" he captioned one of the photos.

He shared another selfie, this one post-makeup, where he also modeled his "'Zeroville' Glasses by Gooch @gucci."

"Zeroville" follows the dark journey of James' character, film student Ike "Vikar" Jerome, who travels to Hollywood with hopes of breaking into the industry.

In the book, Vikar apparently sports a shaved head with a tattoo of '50s-era actors Montgomery Clift and Elizabeth Taylor as they appear in "A Place in the Sun."

Well, that explains the artwork on his bald head!

What do you think of his movie makeover? Tell toofab in the comment section below, and click "Launch Gallery" above to see more buzzed stars.