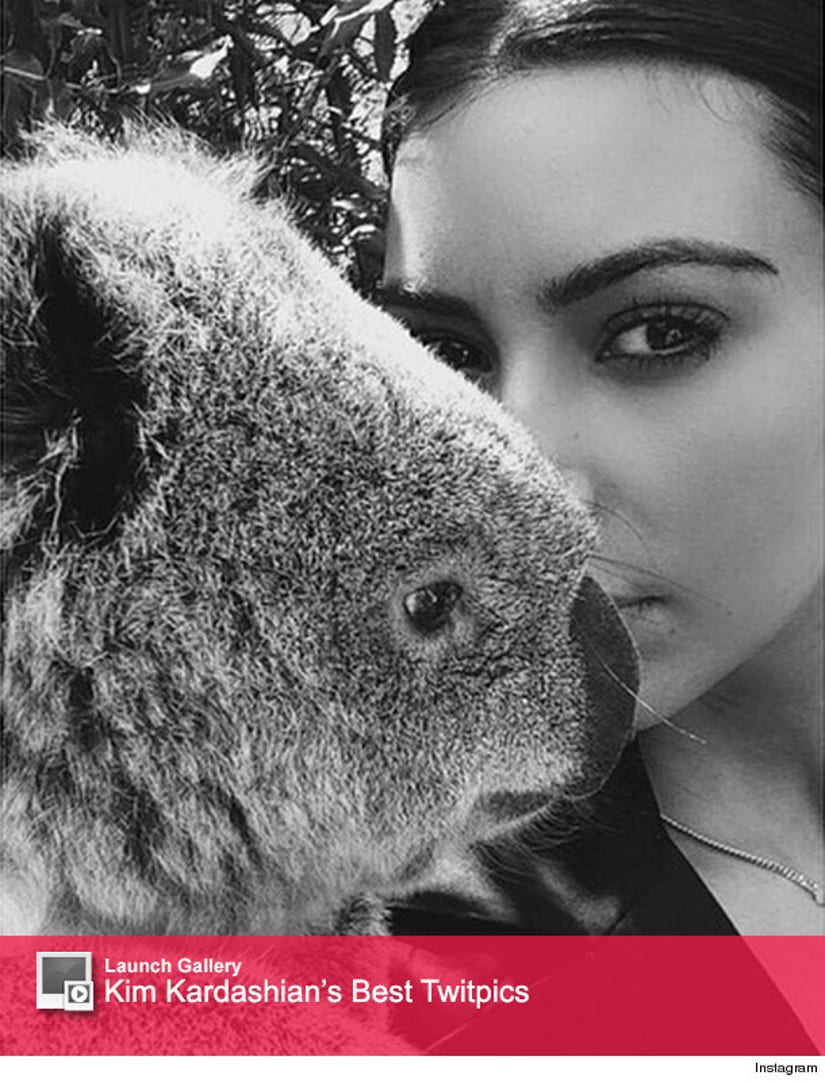 Kim Kardashian is living it up in Australia!

While Kanye West completes the Australian leg of his tour, the reality star found time to get cozy with a koala at the Australia Zoo.

"Thank you @AustraliaZoo for having us today. So many good memories #AustraliaZoo," she wrote on Instagram, along with a pic of herself cuddling her furry friend.

Kim, Kanye and baby North West reportedly called into the zoo for a private visit, before watching an exhibition of giant snakes, birds and crocodiles at the Crocoseum outdoor auditorium.

The brunette beauty also was spotted venturing into the cheetah enclosure with her private tour guides, while the rapper stood back behind bars with Nori. 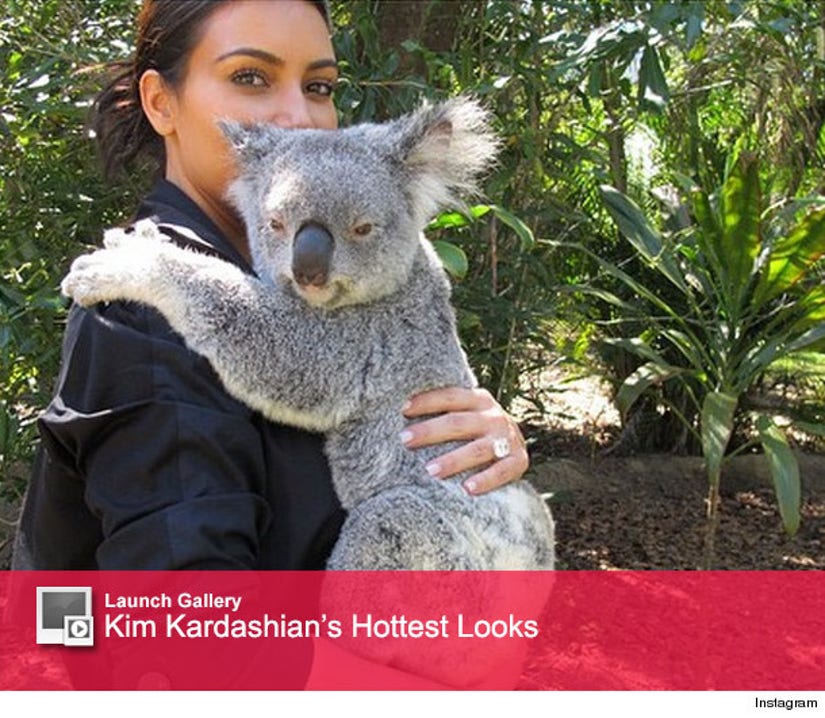 West performs the final date on his Yeezus tour at the Brisbane Entertainment Center on Monday, after making headlines for his show in Sydney on Friday.

According to the Independent, Kanye told the crowd, "I can't do this show until everybody stand up. Unless you got a handicap pass and you get special parking and s**t."

When an audience member did not stand, it turned out that he was in a wheelchair. Check out the video below to see the awkward fan encounter!