"The View" returned with a brand new look and three brand new cohosts this morning -- but Barbara Walters still managed to make a cameo.

"Of course you have my blessings, now go out there and let them see why we have the best show on daytime television," Walters told the new crew. "I don't know what all the fuss was about!"

"Like bad gas, I've returned," deadpanned Whoopi as she introduced her new cohosts. "'The View' is the show that everybody has copied, but we're the original."

O'Donnell was happy to be back -- and opted to show off her bare feet and newly-painted toes as she sat in her chair. And, despite her past with Republican Elisabeth Hasselbeck, Ro said she was equally thrilled to be on the same panel as Wallace.

When it came time to tackle the hot topics, the four talked about both the Ray Rice and Adrian Peterson scandals with little to no bickering between them. For some, this was a welcome development ... while others on Twitter labeled the segment "boring."

After talking about Robin Williams and mental illness, the show returned from a commercial break for a game called "Ro or Ro?", where audience members had to guess whether a fact read aloud was about Rosie O'Donnell or Rosie Perez. It was harmless fun.

After another break, Wallace got some additional time to talk about her experiences with Dick Cheney and Sarah Palin, with Perez asking "When did you just want to pop her?"

The show ended with a tribute to Joan Rivers, with Kristin Chenoweth performing her song "Borrowed Angels" as a video package played on the screen behind her. The performance really touched Rosie, who returned to the stage in tears before another video package played.

Today's episode mainly aimed to introduce fans to the new women and the show's new look -- and we want to know what you thought of both. Sound off below! 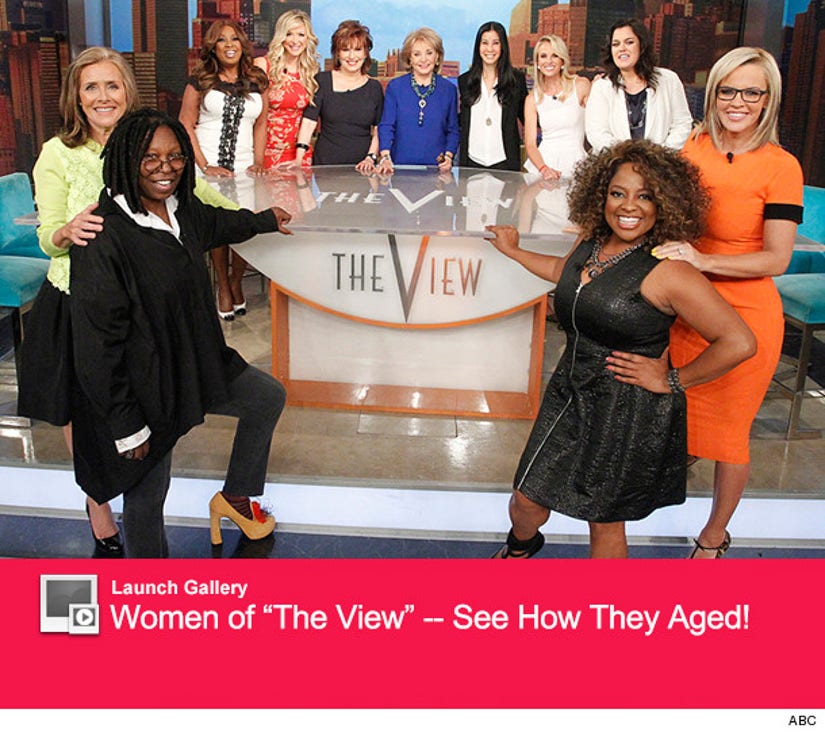