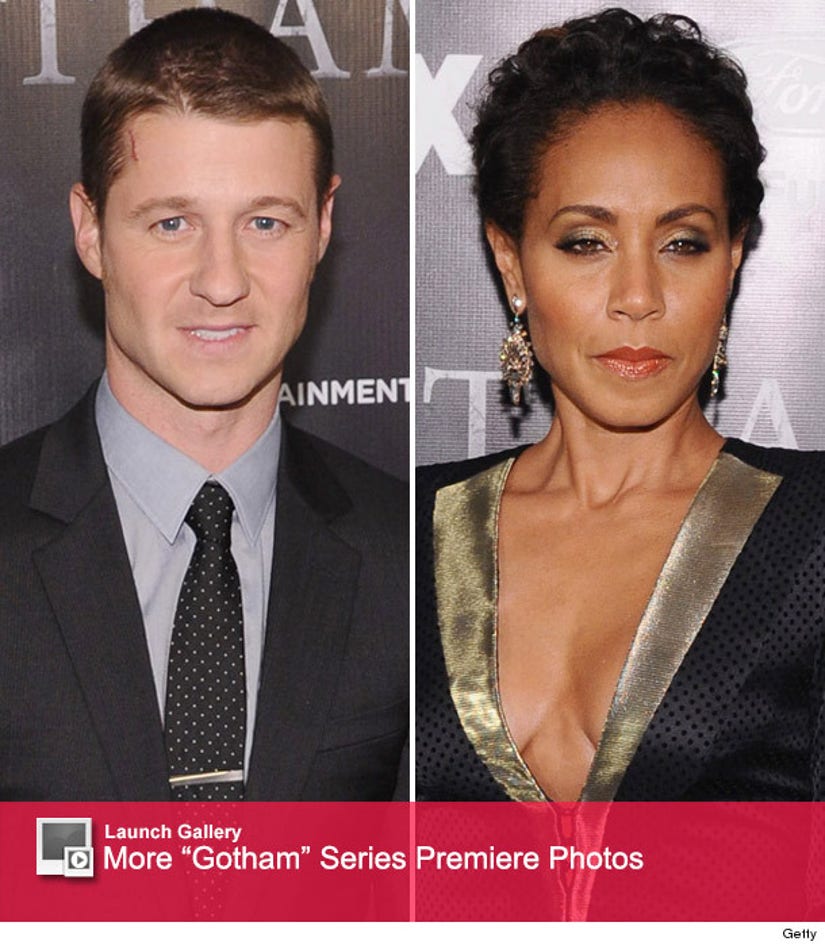 Benjamin McKenzie is taking his role as detective James Gordon seriously -- and he has the scars to prove it!

The actor hit the red carpet for the premiere of his new Batman prequel series "Gotham" on Monday night, where he put his battle wound from a set accident on display.

The former "O.C." and "Southland" star rammed his noggin into a concrete pillar while doing some of his own stunts for the show ... and sliced his head opened. Making matters even worse: He ended up having to go to the hospital on his birthday!

"Sadly, we know now that I'm doing a lot of my own stunts because I messed it up," McKenzie told E! at the premiere. "I was doing a fight scene and I had to drive a guy into a concrete pillar. I did it correctly in one take, and then in the second take, I messed it up and caught the edge of it with my head. There was some blood!"

He still cleaned up nicely for the event though, looking dapper in a black suit and white polka-dot tie.

Also going glam at the premiere was Jada Pinkett Smith, who plays mobster Fish Mooney on the highly-anticipated series.

Check out the gallery above to see her revealing dress -- plus, see the actors playing The Penguin, Catwoman, Bruce Wayne and little Poison Ivy!