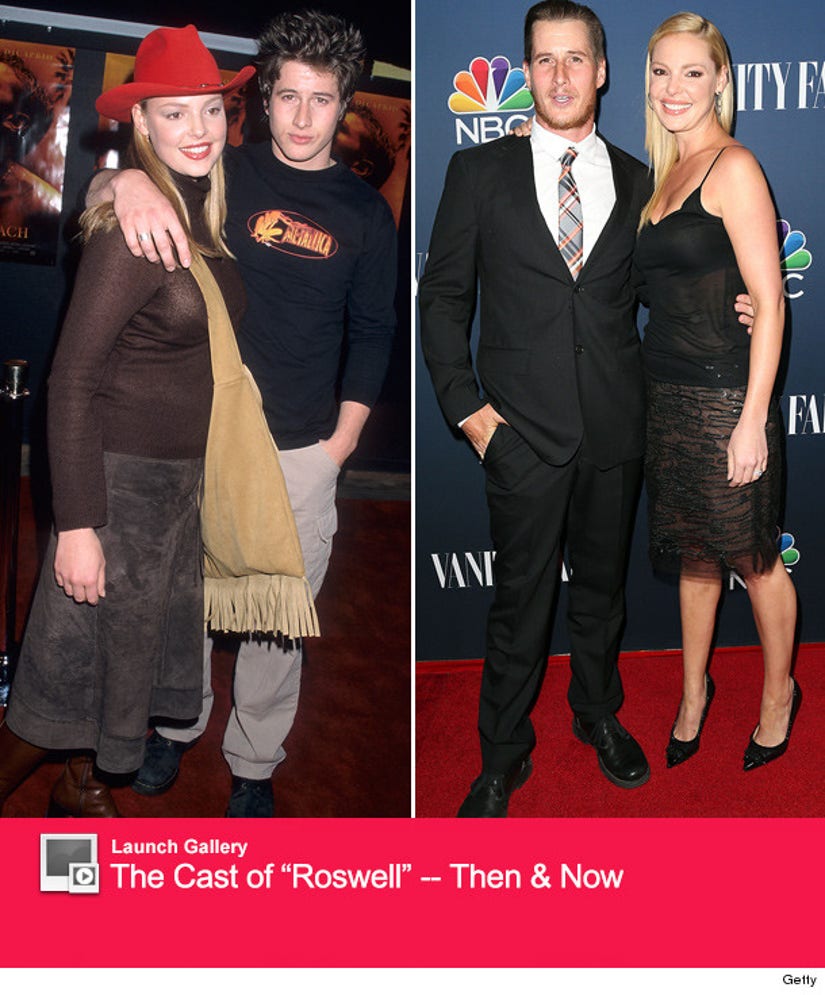 Isabel and Michael, together again!

Former "Roswell" costars Katherine Heigl and Brendan Fehr reunited on the red carpet last night for the first time in what seems like forever. Thankfully they have both stepped up their style game since the late '90s -- what the heck is Katherine wearing in that photo on the left?!

The two, who appeared on the WB/UPN sci-fi series from 1999-2002, both attended NBC and Vanity Fair's Fall TV bash in Los Angeles last night. Heigl was there promoting her upcoming show, "State of Affairs," while Fehr's "Night Shift" recently wrapped up Season One on the network.

Of course, this isn't the only "Roswell" reunion to happen this year.

Katherine was MIA when Fehr, Jason Behr, Shiri Appleby, Nick Weschler and Majandra Delfino had a gathering of their own at the ATX TV Festival in Austin, Texas back in June.

Check out the biggest TMI moment of the reunion below, with Brendan giving an explicit play-by-play of a dare that ended with him peeing his own pants.