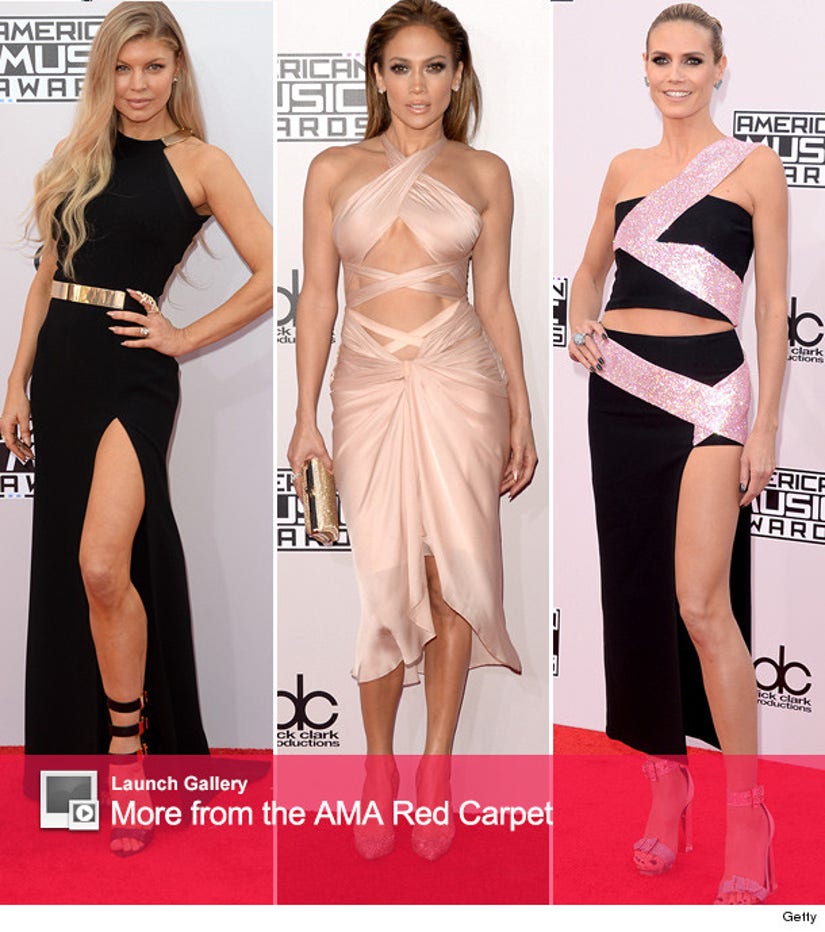 While they're relatively tame compared to the MTV Video Music Awards, the 2014 American Music Awards still brought us some water-cooler moments everyone will be talking about on Monday morning.

Hosted by Pitbull and featuring performances by Taylor Swift, Jennifer Lopez and Iggy Azalea, Fergie, Charlie XCX, Selena Gomez and more, it was definitely a night filled with killer music.

So, if you missed the show, what do you need to know? Check out the videos below for the can't-miss moments. We'll keep updating through the show.

It sounds like the joke got a mixed reaction from the audience, check it out above.

After Eminem rapped about wanting to rape Iggy in one of his new songs, it was nice to see her win over him in the Best Rap/Hip-Hop category -- her first win EVER.

And yes, she specifically named the rapper in her acceptance speech, saying "it means so much that I can stand here against Eminem and Drake and come out with this."

When she wasn't performing her own music, Taylor Swift did what she does best: Rocked out to someone else's song!

The singer has a habit of breaking into dance anytime she's at an awards show, and Sunday was no different. This time, she starting going wild during BFF Lorde's performance of "Yellow Flicker Beat." We're not sure whose moves were most spastic though -- Tay Tay's or Lorde's. Watch above!

The last time the Jenner sisters appeared on an awards show, Kendall totally butchered reading a teleprompter when introducing the band 5 Seconds of Summer. Kylie made fun of that tonight when they presented another award ... and then flubbed her own lines. Whoops!

The singer had her debut performance of "The Heart Wants What It Wants," a song about her volatile relationship with Justin Bieber -- and it was rough for her.

At one point she paused and whispered "Thank you Jesus" to herself and looked teary-eyed at the end of the song. Taylor Swift was also moved by the performance and looked on the verge of tears as well. 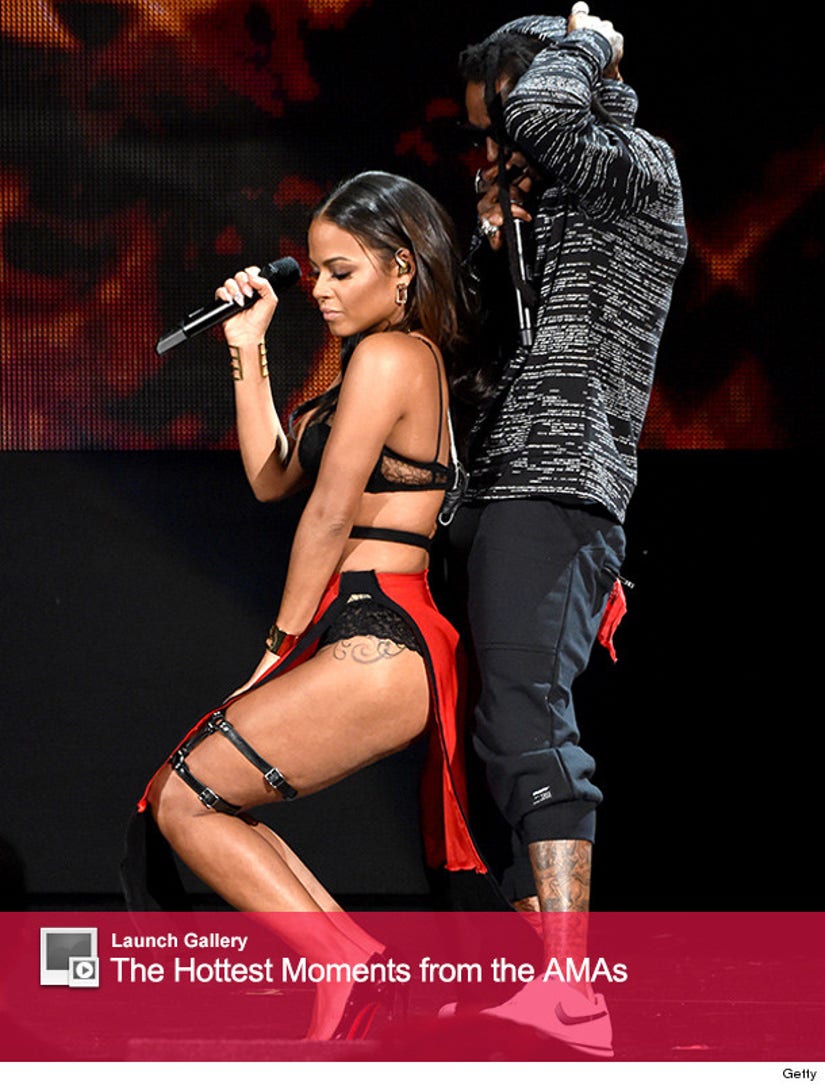 7.) Fergie Had a Wardrobe Malfunction

The Black Eyed Peas singer performed her new hit "L.A. Love" and tried to strip down at the end of the song to show off her bangin' body. Unfortunately, it didn't go as planned.

But hey, at least she still looked hot! 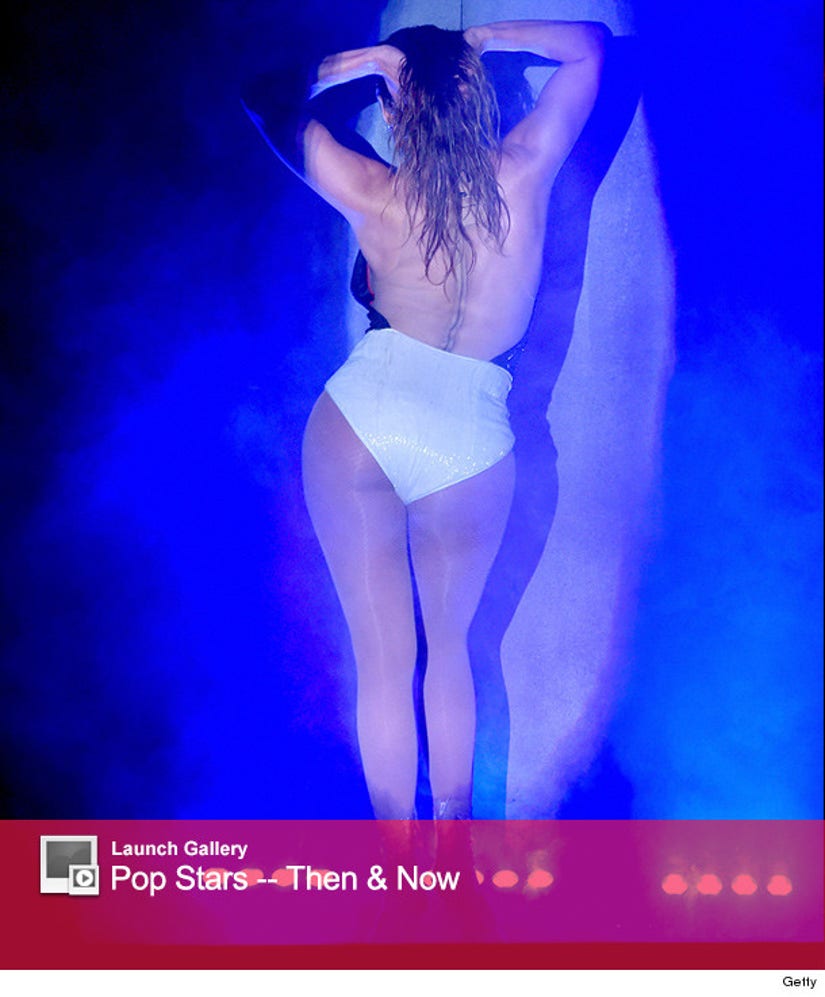 After promoting the performance all night, the show ended with Jennifer Lopez and Iggy Azalea performing their hit song "Booty."

While J.Lo and Iggy looked sexy (as evidenced above), the performance wasn't quite as hot as their rump-centric music video. Maybe they actually were worried about the censors?

Trust us, you'll enjoy the original video better -- so watch it again below:

Want more coverage? Check out these posts as well:

Also check out more video from the red carpet below: