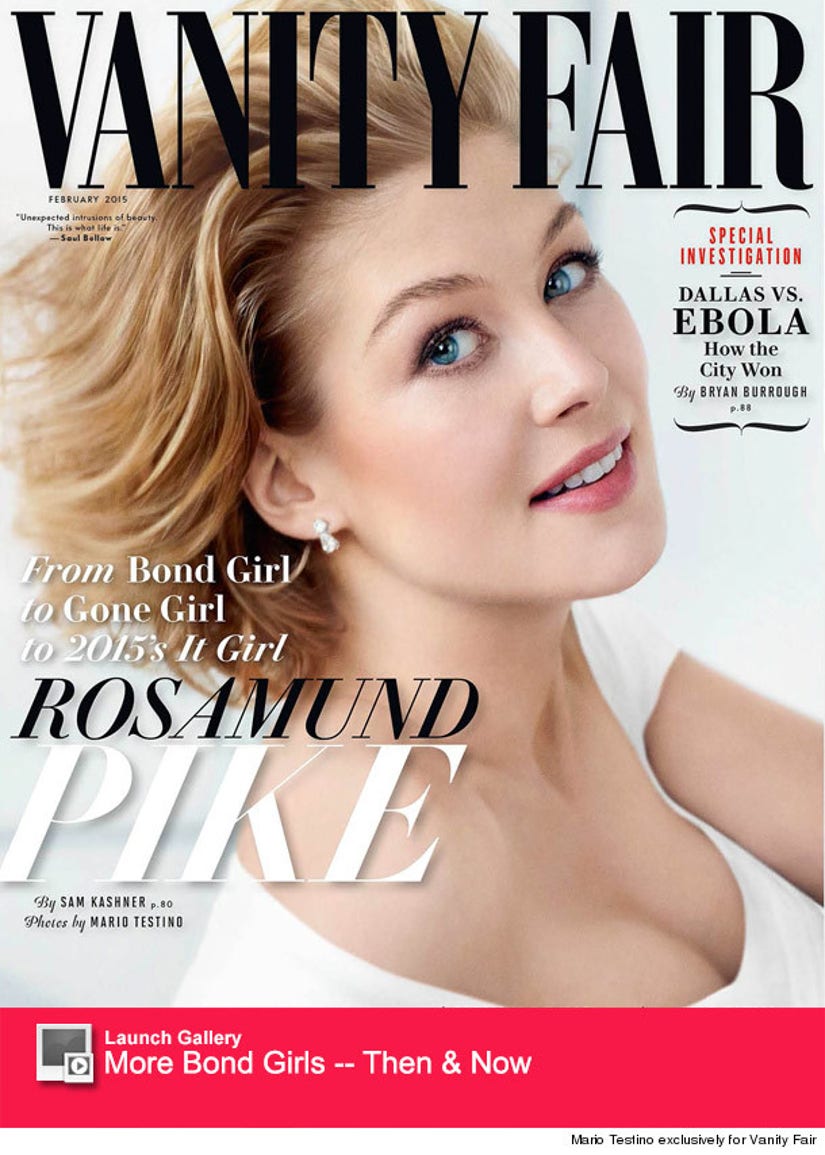 Rosamund Pike became a household name after starring alongside Ben Affleck in "Gone Girl." And it seems, her widespread notoriety is taking some getting used to.

In an interview with Vanity Fair contributing editor Sam Kashner, the British actress describes a strange brush with fame during a recent visit to a shop in London to buy some imported ham.

"I went into this lovely Spanish shop," she tells Kashner, "and the girl said, 'Has anyone ever told you you look just like the girl in Gone Girl?,' and I said, 'Well, that's me.' And then she just looked at me with this deepest look of suspicion. And I said, 'I'm pregnant, so I look a bit different, and I'm English.' And she's like, 'But why are you here?' And I said, 'Well, I'm from here.' And it was like, 'You should not be buying cold cuts in a restaurant in Soho!'"

"Once you're 50 feet tall and in the public's imagination, it's as if you've become an alien being," she admits. "The public doesn't want you to be real."

We have a feeling this former Bond Girl won't have any trouble getting recognized after the award season circuit.

She nabbed Best Actress nominations for "Gone Girl" at the Golden Globes and SAG Awards, where she's up against Felicity Jones, Jennifer Aniston, Julianne Moore and Reese Witherspoon.

Check back with toofab for complete award season coverage -- do you think she will take home the gold? Sound off below!

To read more of Rosemund's interview, pick up the February issue of Vanity Fair, on newsstands January 13.