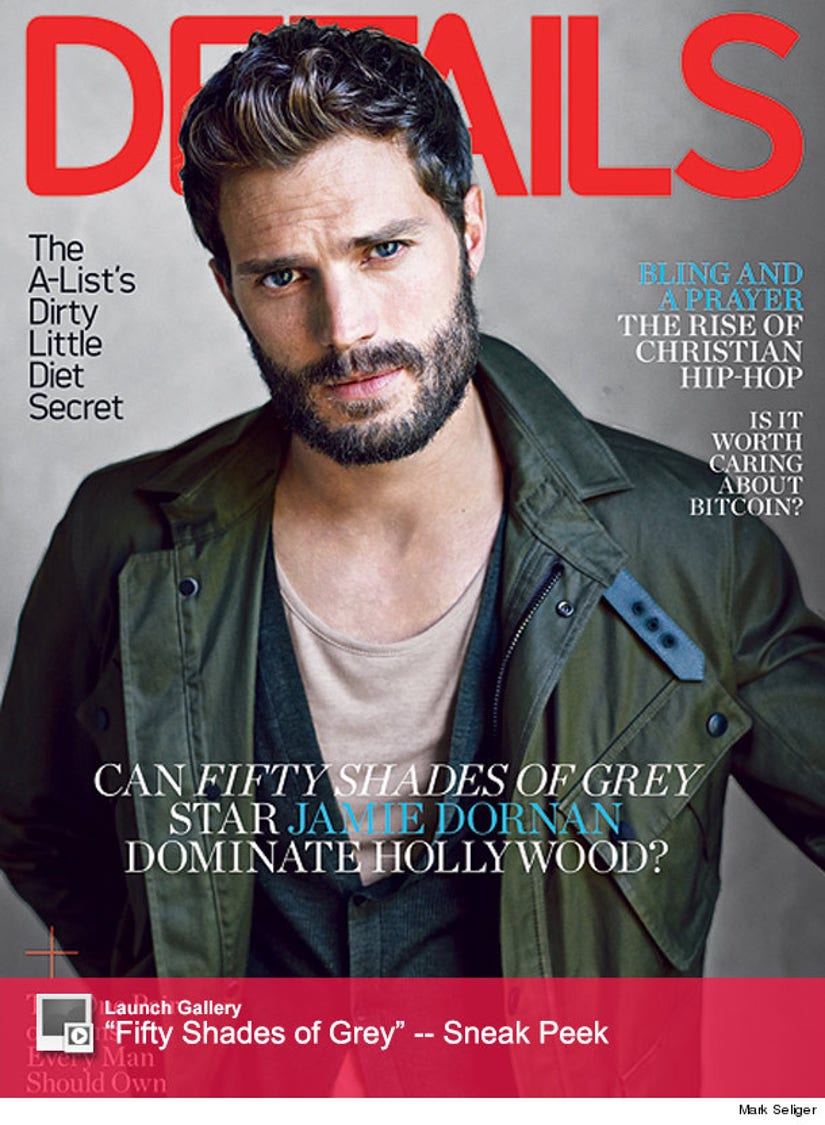 The "50 Shades of Grey" star covers the latest issue of Details magazine where he opens up about playing Christian Grey, reveals his biggest fear and explains why he stays away from the internet.

Dornan says that he loves playing characters who are "wounded" in some way, which is something he can relate to.

“[It had to do with] an attraction and understanding I have for people that are broken in some way. Not that I'm some broken bird, but there's a massive element of me that's fractured from losing my mother so young, and I'm drawn to characters who are wounded," he confesses.

The sexy star also says that his biggest fear is being murdered (yes, you read that right) by some "50 Shades of Grey" superfan!

"I almost don't want to put this out there into the ether, but I fear I'll get murdered, like John Lennon, by one of those mad fans at the premiere. Because a lot of people are very angry that I'm playing this character. And I'm a father now, and a husband. I don't want to die yet," he reveals.

But, at least the 32-year-old has a good sense of humor about it all.

"And when I do get murdered, people will say, 'God, isn't it haunting how he did that interview in Details magazine and predicted his own death on the red carpet?,'" he jokes.

Dornan also tries to stay away from the internet ... especially with all the buzz around the steamy S&M flick.

"I think my publicist said, 'Yeah, mostly good.' [I'm] very aware of opinion regarding the film, whether it be positive or negative. It is, by its nature, an easy target," he tells the mag.

Well, we can't wait to see Jamie on the big screen as Christian Grey! What do you think about the actor's candid comments? Sound off below and click "Launch Gallery" above to see a sneak peek of "50 Shades of Grey"!