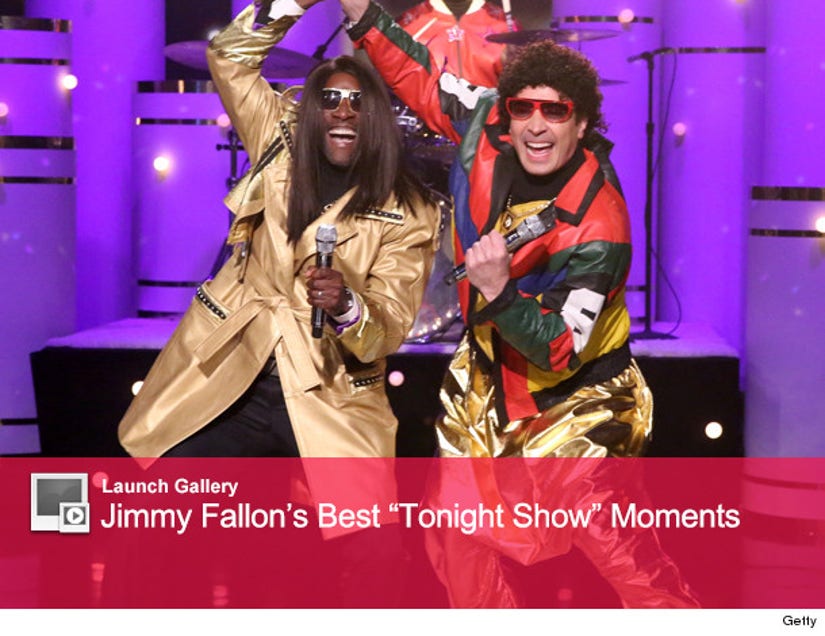 Who knew Don Cheadle was a dancer?!

The "House of Lies" star stopped by Friday's episode of "The Tonight Show," where he revealed that he once showed off his moves in a music video directed by famed choreographer Debbie Allen.

So it was only natural that the actor -- who's also slated to appear this year in "Miles Ahead" as jazz great Miles Davis -- reminisced about "Pleather and Jerry," the R&B duo from the musical variety show "American Power Hour."

"It's so funny you mention that," Jimmy Fallon said, "because we always have a clip of Pleather and Jerry loaded just in case their names come up in an interview."

In a performance of "Girl, We Goin' Do It," Cheadle and Fallon donned full 80's R&B gear: Cheadle in a gold pleather trenchcoat, Fallon with a perm and gold MC Hammer parachute pants.

You don't want to miss this peformance ... check it out above!