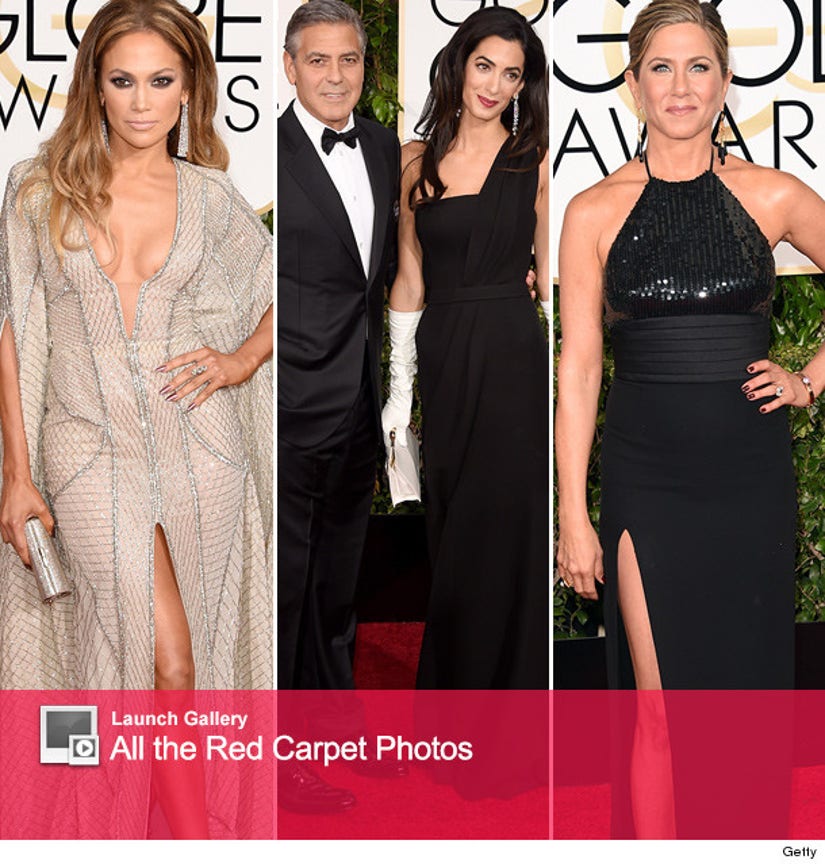 Who will shine and who will end up on everyone's worst dressed list tomorrow morning?

The 72nd Annual Golden Globe Awards went down Sunday evening at the Beverly Hilton in Los Angeles and there were some major fashion risks. Some of 'em paid off, others ... not so much.

Nominee and "Gone Girl" star Rosamund Pike was one of the first to arrive, looking gorgeous in a white Vera Wang gown with some sexy cutouts on the side. Hard to believe she give birth to her second child just one month ago!

Amy Adams was close behind her, bringing some serious classic Hollywood glam in a light blue Versace dress. We're calling it now: This is one of the top looks of the evening, head to toe.

Jennifer Lopez came thisclose to a nip-slip in her statement-making look from Zuhair Murad. The actress walked the red carpet with another young hottie on her arm: "The Boy Next Door" costar Ryan Guzman attended as her date.

The Clooneys made their red carpet debut as a married couple, with Amal looking like Hollywood royalty in a black Dior dress and those white gloves.

The entire "Entourage" gang was also spotted on the carpet, and it looked like they were filming for the upcoming movie -- signs with "Vince Chase" written on them were spotted in the stands.

We'll be updating the site all evening with fashion hits and fails and can't-miss moments from tonight's big show, hosted by Tina Fey and Amy Poehler.