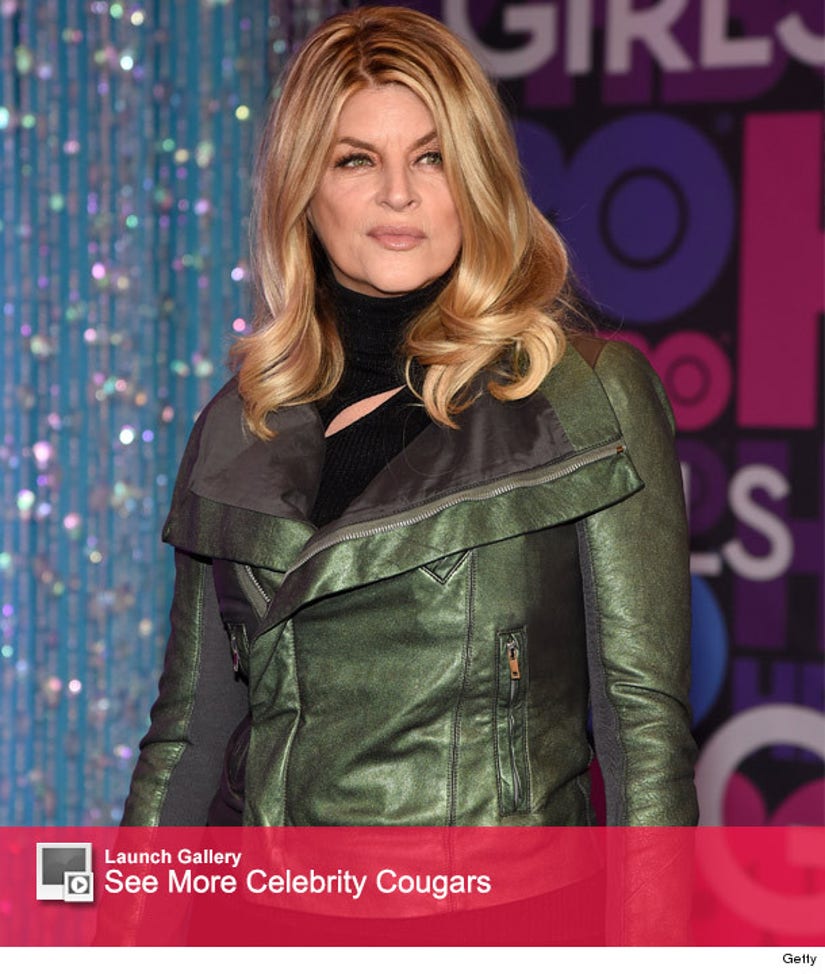 Is Kirstie Alley a cougar? Maybe ... or she's just a huge fan of Justin Bieber and Harry Styles!

The 64-year-old appeared on Friday's episode of the "Rachael Ray Show," where she played a very interesting game of "Make Out, Marry or Move On."

Ray had the Jenny Craig spokesperson hit a button to spin a wheel of guys to choose from ... and the "Cheers" alum got got three of Hollywood's hottest young stars.

The former "Cheers" star went for the Biebs right away, after exclaiming "This is so easy!"

"Let's go make out first, because we've all seen Justin Bieber's Calvin Klein [photos]. He's so handsome, what a handsome man," she gushed. "I'm just all over Justin Bieber. I want to make out with him!"

We guess we can count Alley as a major Belieber now ...

Finally, the actress gave Nick the shaft because frankly, he just can't compare to Justin!

"I'm not so familiar with Mr. Jonas, but he's very cute. He's just not a booty call like Bieber."

What do you think of Kirstie's cougarlicious confession? Sound off in the comments section below then click "Launch Gallery" to see more celebrity cougars!