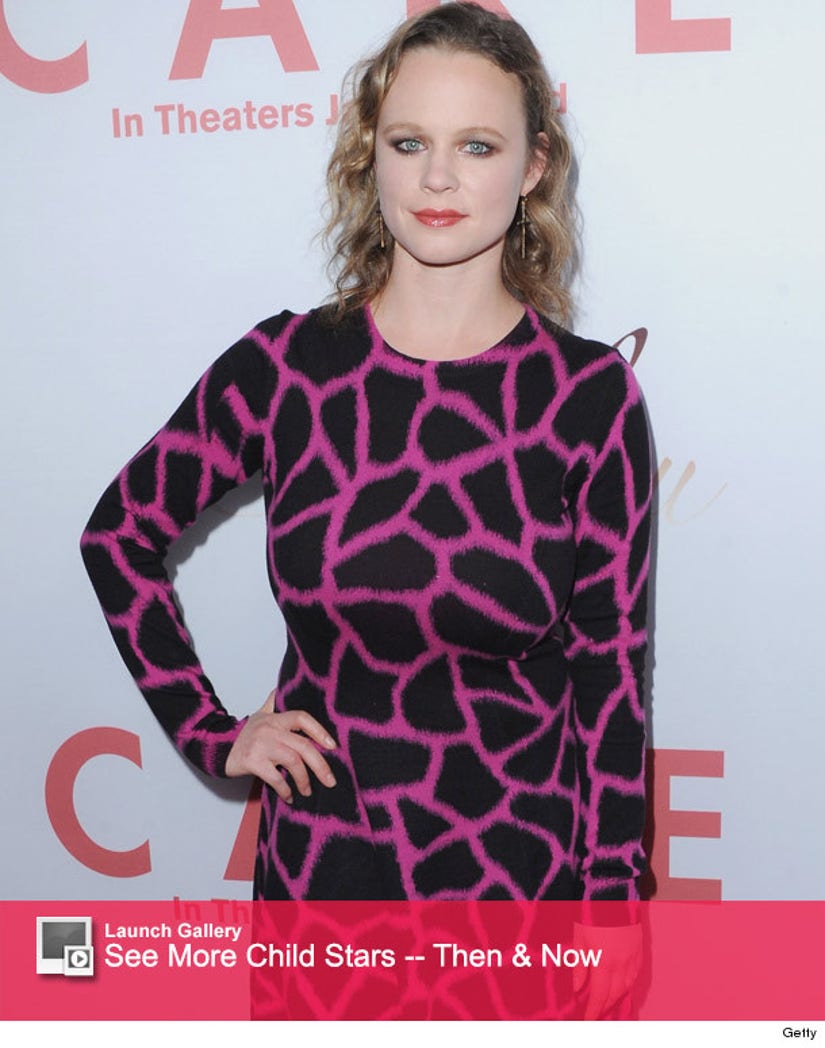 Sporting a black and pink patterned dress, black pumps and her hair in natural waves, the actress was the spitting image of her younger self.

We haven't seen the 32-year-old in public much, since she appeared in the TV movie the "Pregnancy Pact" back in 2010.

Birch was joined on the red carpet by the movie's leading lady who looked gorgeous in her white crop top and matching lace empire skirt. Jen completed her look with black pumps, silver jewelry and wore her hair in a messy ponytail. 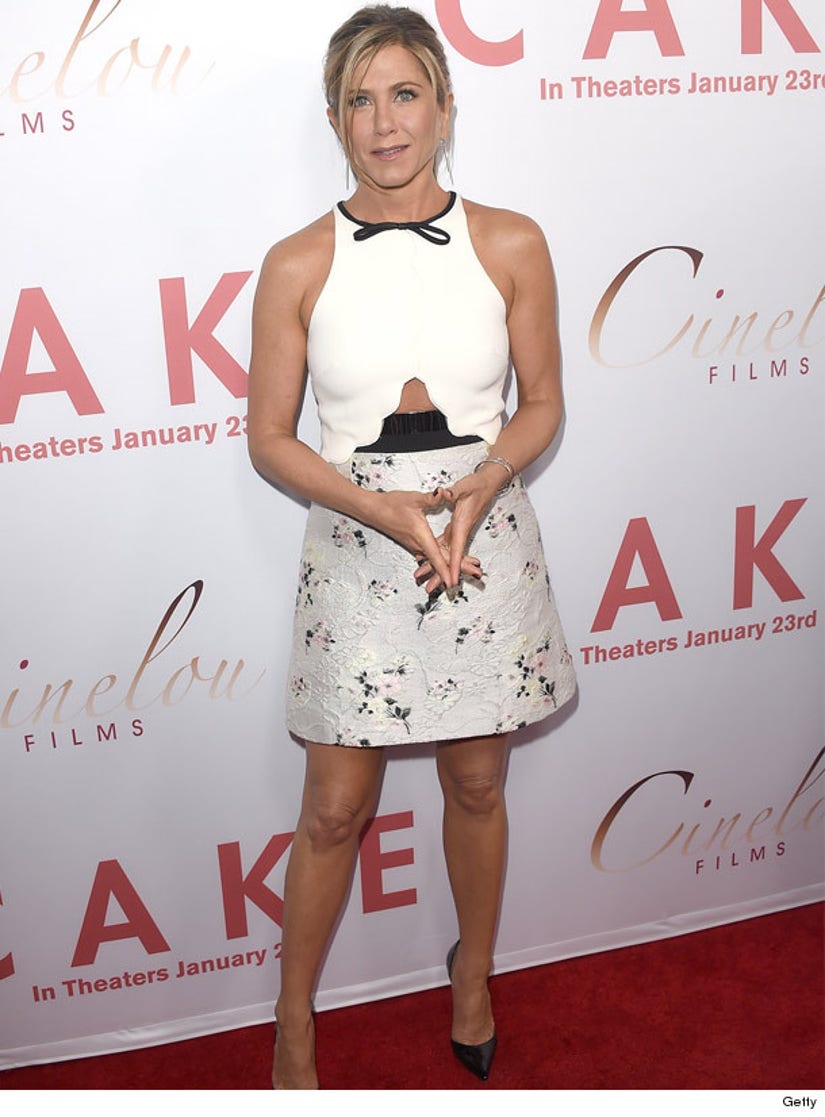 The "Friends" alum's dramatic role has been generating rave reviews, and while Aniston was nominated for a Golden Globe Award, she was snubbed from this year's Oscar nominees which were announced Thursday morning.

In the flick, Aniston plays Claire, a woman who suffers from chronic pain and becomes obsessed with a friend's suicide after dealing with her own personal trauma.

What do you think of Thora's rare red carpet appearance? Tell toofab in the comment section below and click "Launch Gallery" above to see more child stars then and now!