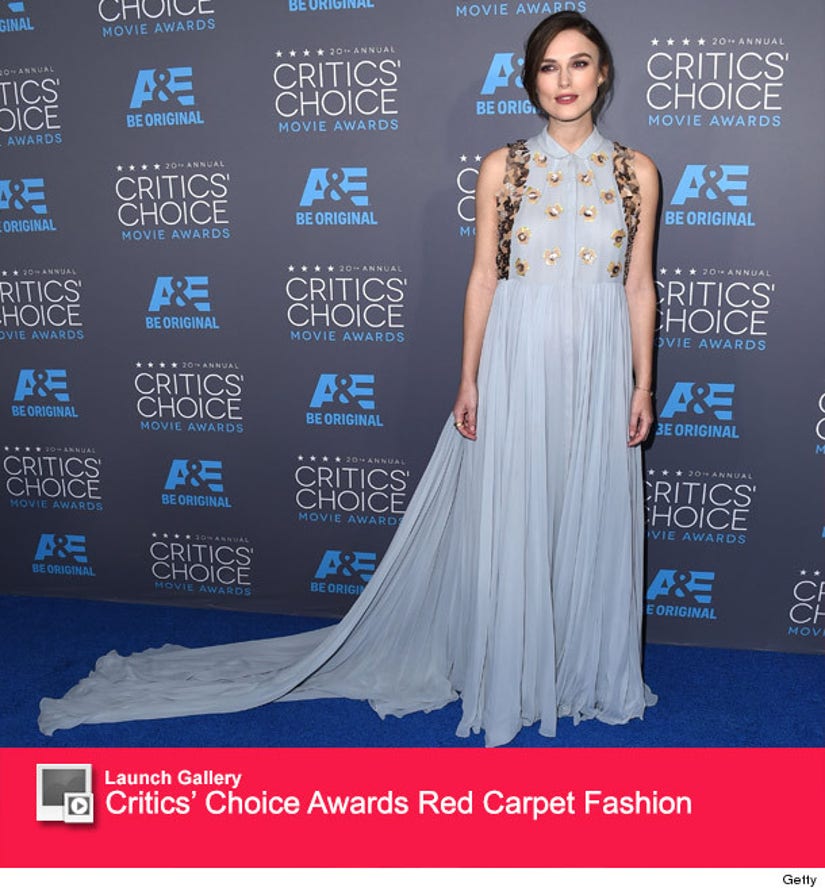 Keira Knightley is one chic mama to be!

The "Imitation Game" actress concealed her growing baby bump in a flowy gown at the Critics' Choice Awards in Los Angeles on Thursday.

Her grey-blue Delpozo dress featured an empire waistline and a long loose train. She complimented the look with a cute updo and natural makeup.

This dress is definitely one of our favorites from her maternity looks so far --especially since her Golden Globes dress made our Worst Dressed list.

The gorgeous Brit has a lot to celebrate recently, besides her pregnancy. The 29-year-old just received her second Oscar nomination!

Upon hearing the news, the pregnant star said she wished she had a glass of champagne ... but opted for a non-alcoholic beverage instead.

"I tried sparkling apple juice because it looked kind of like champagne in the glass," she told E! News. "But I was like, 'It's apple juice, come on. Who are you kidding? I mean, I'm not kidding myself.'"

What do you think of Keira's glowing maternity look? Tell toofab in the comments section below then click "Launch Gallery" to see more stars at the Critics' Choice Awards!