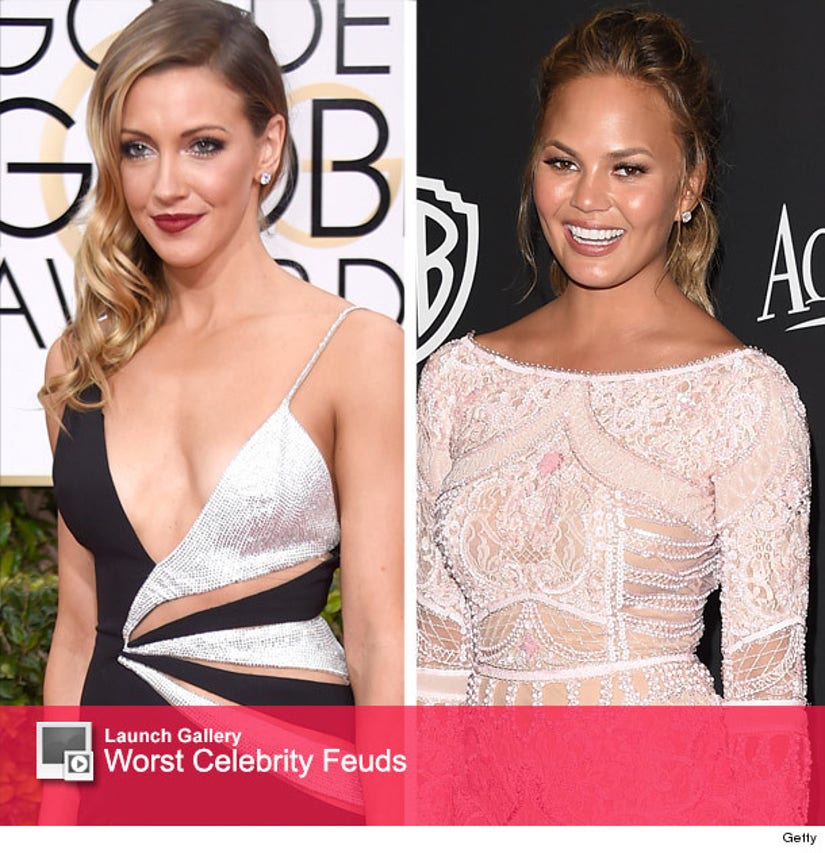 John Legend's model wife, Black Canary, Green Arrow and Erin Andrews were all part of the same Twitter battle over the weekend, in one may be one of the most random feuds ever.

It all began with "Arrow" star Stephen Amell made a comment about Erin Andrews' interview with Seahawks cornerback Richard Sherman after Sunday's big game.

Amell's costar, Katie Cassidy, then chimed in ... taking the opportunity to make a big dig at the sports reporter by tweeting "Seriously, why isn't she doing her job??"

Well, this didn't sit well with Chrissy Teigen, who must be buds with Andrews.

Check out the heated exchange between Teigen and Cassidy below -- with the model slamming Katie for talking "s**t" while also "preaching the gospel." Amell wisely stayed out of it.

Slightly confused over how that exchange ended? We'll explain.

Katie used to date hockey stud Jarret Stoll, who is currently linked to Andrews. Cassidy claims that fact has nothing to do with her criticism ... but clearly Teigen thinks otherwise.

Whose side are you on here? Sound off below!