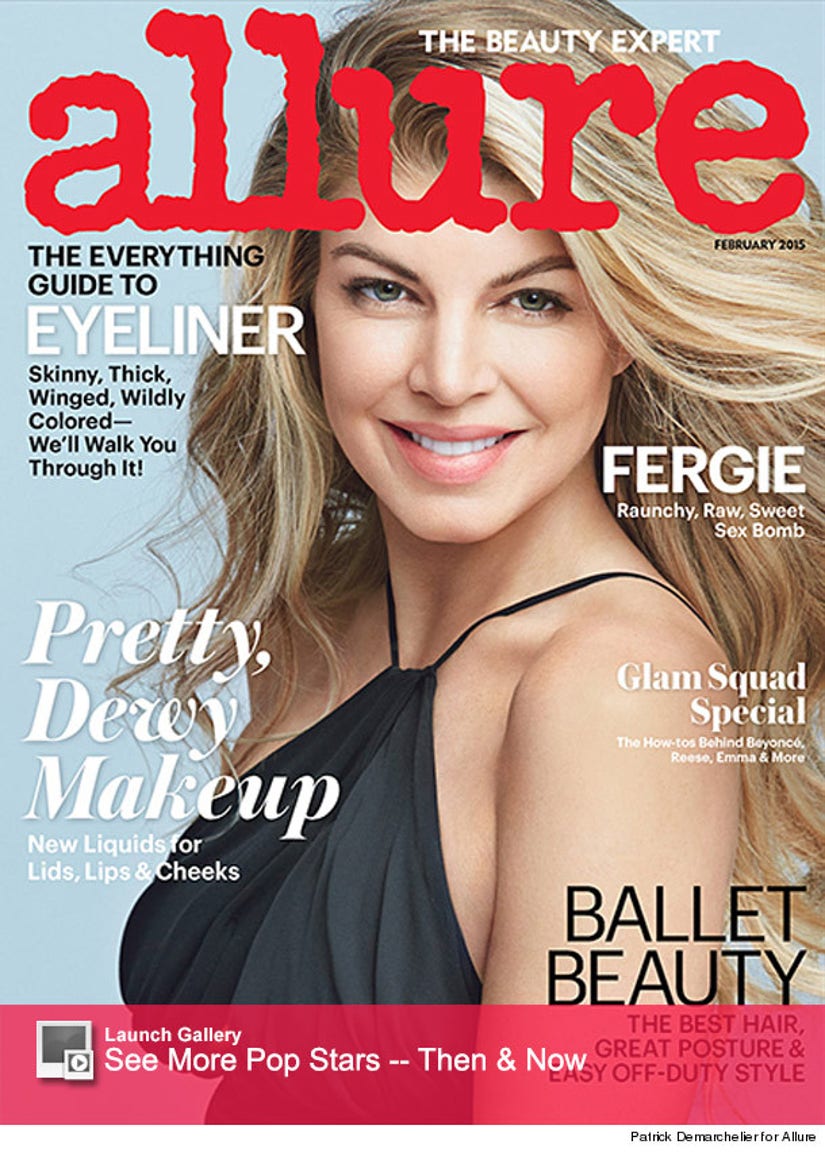 Fergie is looking like one hot mama these days!

The "L.A. Love" singer stuns on the cover of Allure Magazine's (via Us Weekly) February issue as she shows off her super slim bod and a fresh faced look.

The songstress opens up to the mag about her relationship with husband Josh Duhamel and how they keep their marriage so strong.

The couple also agreed on attending regular therapy sessions. The 39-year-old says her man is "not afraid" to join in for the conversations, adding "He doesn't feel like he's not man enough."

When it comes to work, the "Safe Haven" actor and the "Black Eyed Peas" member have also set boundaries on how long they'll be away from their family.

"My husband and I made a two-week rule," she said of how long they'll be apart. "We've already talked about how we're going to have to trade off. He's going to have to come on tour with Axl for a while, and then there'll be a break. He'll take a job; I'll be on set with Axl," she explained.

The final thing that keeps their relationship so blissful? Complete openness. The two don't hide much from each other.

"I mean, he's walked in on me during my bikini waxing, and I'm like, 'Okay honey, hi,'" she reveals. "And I'm on all fours, but he doesn't just leave; he gets curious," she adds, laughing.

Aside from her family life, Fergie also gave the scoop on how she keeps her fit body so perfect.

"Kale, romaine, spinach, half a banana, half a pear, half an apple, a little bit of water, and a juiced orange in the Vitamix," she says of her favorite clean drink. "It's changed my life. It's like a buzz. It gives me a little sugar boost, but it's all healthy sugar! I did it during my pregnancy. Axl Jack just loves it. We call it Green Goo."