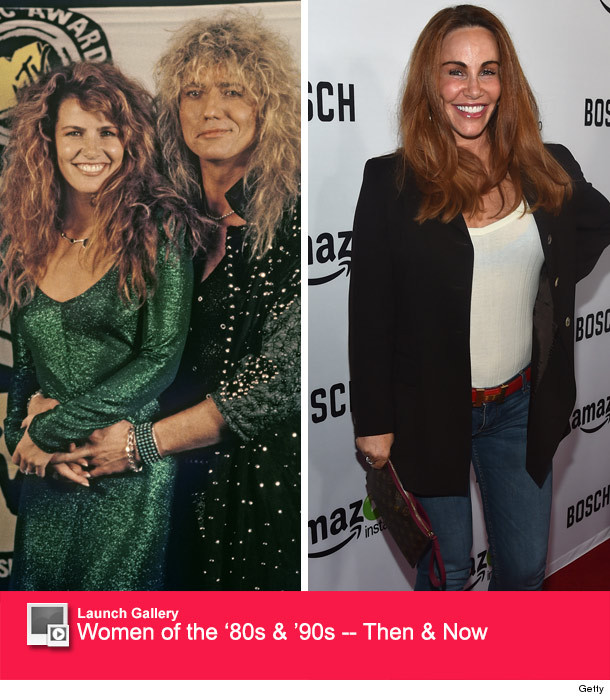 It's been 28 years since Whitesnake released their famous single "Here I Go Again" -- and, last night, the song's music video vixen made a very rare public appearance.

Tawny Kitaen, the very same woman who did cartwheels on the hood of a classic car in the 1987 video, hit the red carpet in Los Angeles.

The 53-year-old was on hand to support Jenica Bergere, an actress in the series who also directed Kitaen in the upcoming film "Come Simi."

In the year since dancing around in a sheer white dress in the now-infamous video, Kitean married and divorced Cloverdale, before following suit with pitcher Chuck Finley.

Following her 2002 divorce from Finley, Kitaen was arrested for drug possession in 2006 and followed it up with stints on "The Surreal Life" and "Celebrity Rehab with Dr. Drew." She was busted again for DUI in 2009 and pled no contest.

Check out the gallery above to see how more of your favorite hotties from the '80s and '90s have aged over the years -- some of 'em may surprise you!