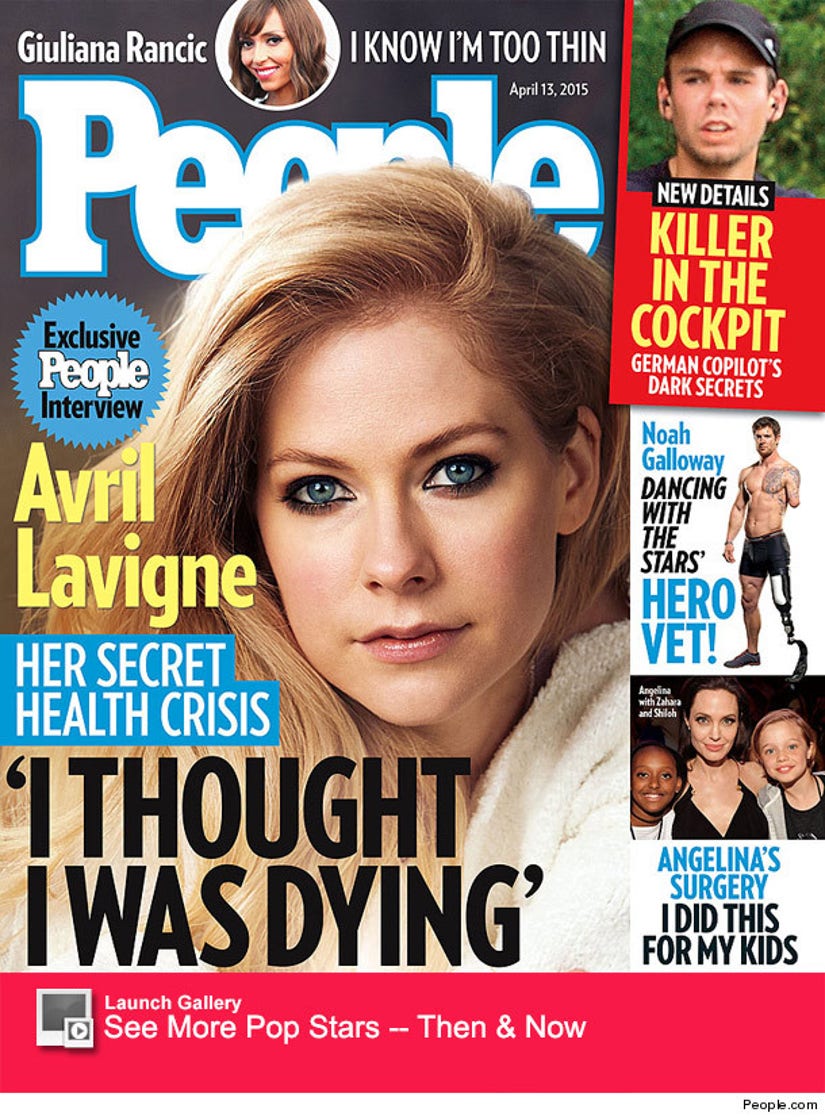 Avril Lavigne's on the road to recovery!

The "Complicated" singer covers the new issue of People magazine, where she opens up about her battle with Lyme disease.

The 30-year-old has been absent from the spotlight for the last year (aside from her 30th birthday bash and a few music video releases), but it definitely sounds like Avril is finally in a better place now that she's getting the treatment she needs.

When Lavigne first discovered something was wrong, she was in Las Vegas with a few friends. "I could barely eat, and when we went to the pool, I had to leave and go lie in bed," she tells the mag.

"My friends asked, 'What's wrong?' I didn't know. I had no idea a bug bite could do this. I was bedridden for five months. I felt like I couldn't breathe, I couldn't talk and I couldn't move. I thought I was dying."

But the Canadian pop star says she's feeling 80 percent better these days. "This was a wake-up call. I really just want to enjoy life from here on out," she explains.

The "Hello Kitty" singer also says that her fans' kind words really helped her through treatment. "They were asking about me since I was MIA, so I mentioned to one fan directly that I wasn't feeling good. The get-well messages and videos they sent touched me so deeply. I'd lay in bed watching them and cried so much because I felt loved," she confesses.

Avril has been spending her time resting and recovering at her home in Ontario, where her mother moved in to provide additional care for her and her hubby Chad Kroeger has been helping when he can in between his Nickelback tour schedule.

The blonde beauty is not the first star to publicly share her Lyme disease diagnosis -- "Real Housewives of Beverly Hills" star Yolanda Foster has opened up about her battle with the disease on the show and recently revealed that she's had a relapse.