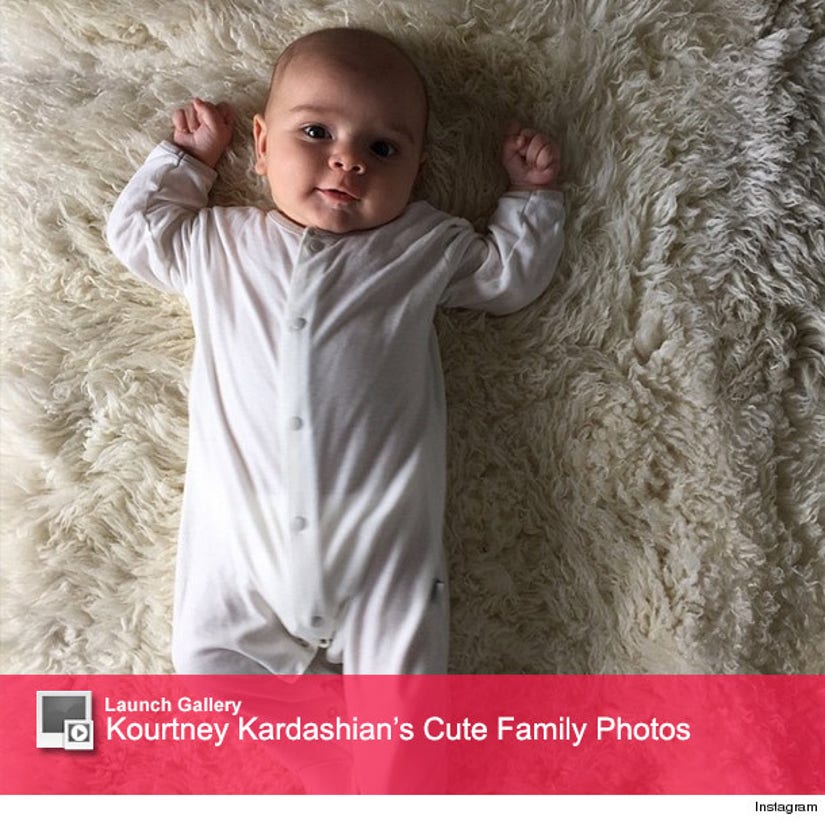 Introducing the latest member of the Kardashian-Disick clan!

Kourtney Kardashian finally posted the first photo of her newborn baby boy, Reign Aston Disick, on Instagram this morning -- and he's downright adorable. Clad in a simple white onesie, the 4-month-old looks lovingly at the camera while laying on a white shag rug.

We can definitely see the family resemblance here -- Reign looks a lot like his older brother Mason and sister Penelope!

Kourt has already bounced back since giving birth and recently made headlines when she posted a photo of herself while breast pumping in Las Vegas. Doesn't her bod look great?! 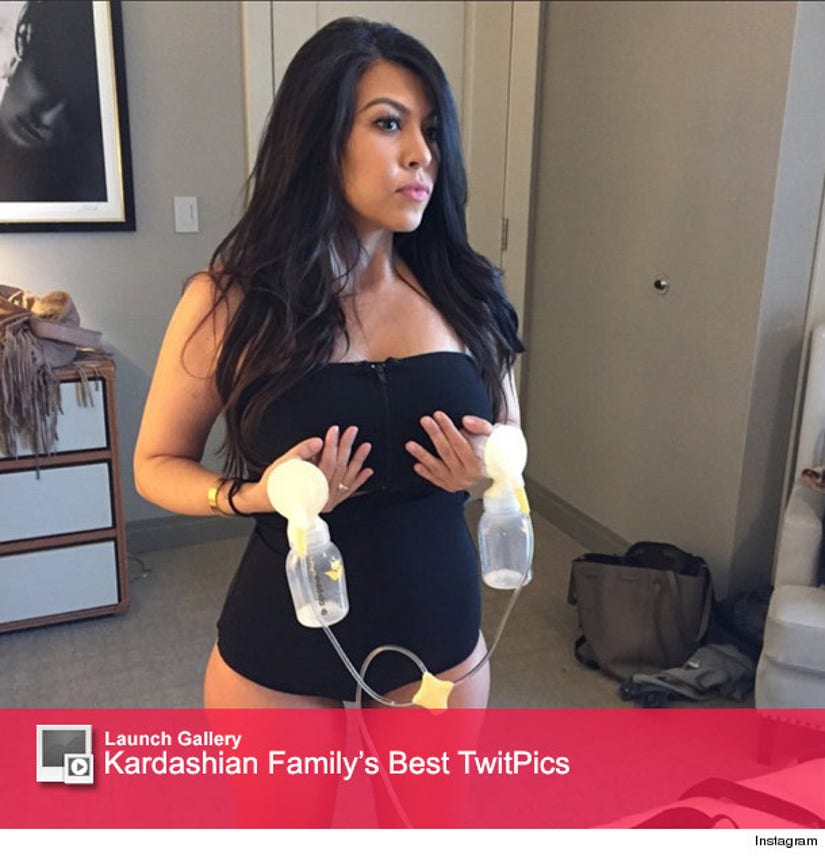 She also recently opened up about Scott Disick's recent trip to rehab.

"He is working on himself, which I am happy for," she told EXTRA when asked about Scott's sobriety.

"I think you will see on this season as well is his journey, a lot of that was documented when we were in the Hamptons this summer. He's been through a lot, and I think we've all been through a lot with him on this journey. I think he's wanting and willing to change, and so that's really important to me, and I think he's doing a great job and always looking to better himself," she added.