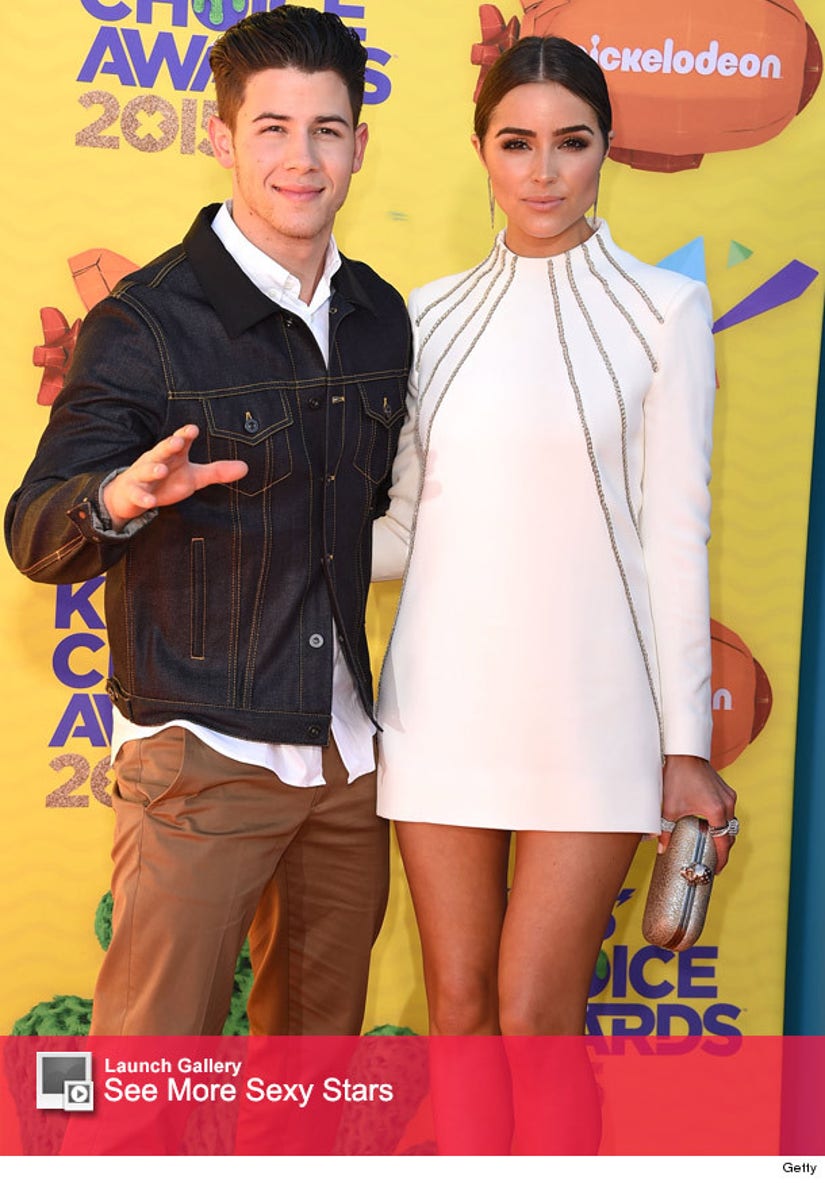 Nick Jonas is in the hot seat!

In the skit, Bayer plays media coach Vanessa Slater, who sits down and asks the 22-year-old heartthrob a few TMI questions … while also handing out advice on music and his love life.

"So one of your new songs is titled 'Jealous' and I feel like people must have a lot of sympathy for someone who's dating a former Miss Universe," the comedian jokes, referencing Jonas's girlfriend Olivia Culpo.

Throwing more shade, the comedian then says, "But the Miss Universe thing, it's like, bulls**t, right?"

"Slater" then starts hitting on Jonas … and that's where things get really awkward.

"Have you ever thought of dating like a famous media coach? And if you dated her, how gently would you date her? And by date, I'm using that as euphemism for something else," she teased.

The former Jonas Brothers star clearly had a hard time keeping his composure – check it out above!