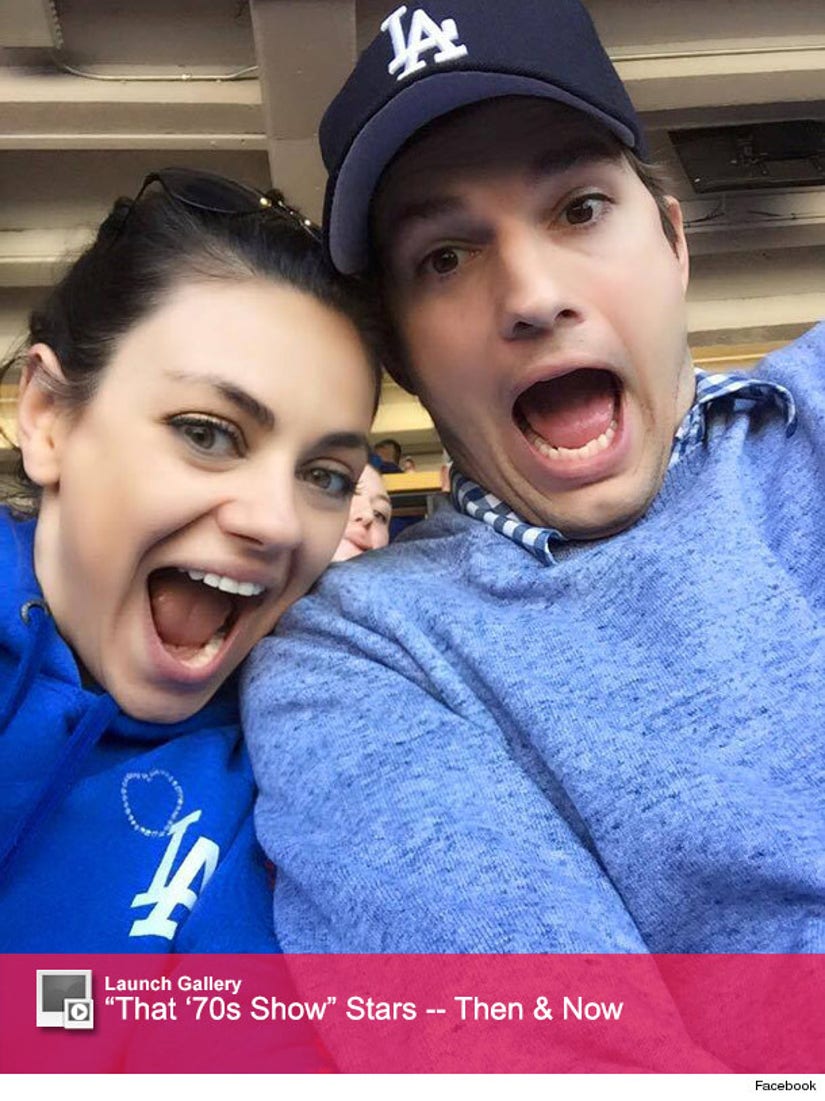 The proud new parents looked like they were having a ton of fun at the game too, and Ashton even shared a few fun selfies via Facebook from their seats.

"Love winning on opening day. Go Dodgers!," Kutcher captioned the sweet pic of him and Mila.

The "Two and a Half Men" star also posted a second shot of him and Kunis photo bombing a few pals while at the game. "Photo bomb!!!!," the "That '70s Show" alum captioned the candid snap. 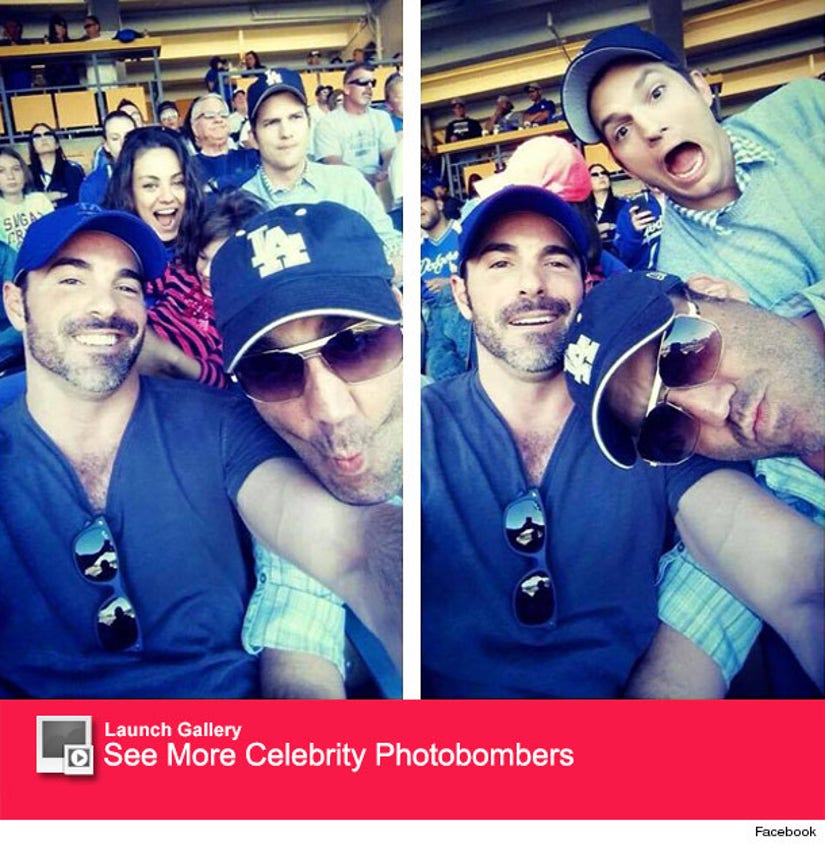 We love that Mila and Ashton still make time for fun, especially now that they have a newborn to look after!

The former costars welcomed their first child together, Wyatt Isabelle Kutcher, in October and both stars having been keeping a pretty low-profile since sharing their big news.

"I was able to take time off work, which was nice. I went home! That is my version of time off," the "Black Swan" star told Craig Ferguson about motherhood in December.

What do you think about Ashton and Mila's game day selfies? Tell toofab in the comment section below and check out the galleries above to see more "That '70s Show" stars today and celebrity photo bombs!