We've never seen this side of NeNe Leakes before!

In a new sneak peek of the upcoming "Real Housewives of Atlanta" reunion special, the ladies aren't holding anything back about the season. Check out the clip above to see all of this season's drama come to a head and Leakes' emotional break down when her mother is mentioned.

This was actually one of the more tame seasons of the show and it even seemed like some real bonds were formed. Newbie Claudia Jordan played the peacemaker this season (for the most part) and even helped Phaedra Parks and Kenya Moore mend fences.

NeNe, however, had a hard time with her costars and removed herself from several situations when the ladies addressed her bad behavior.

And judging from this clip, nothing will be off limits on the reunion show ... and some of the bonds that were formed during the season may have fallen apart.

There's even a cameo from the group's therapist, Dr. Jeff, who brings the Broadway star to tears when he asks her to open up about her personal history and abandonment issues.

Are you excited for the "RHOA" three-part reunion? Tell toofab in the comment section below and check out the gallery to see all the "Housewives" stars before the fame! 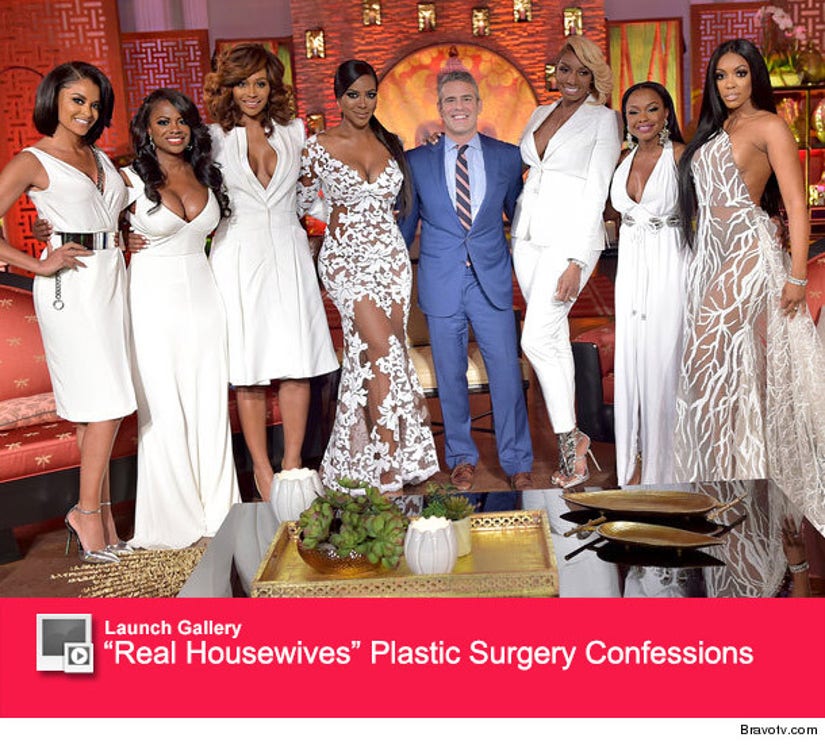 Make sure to check out Part 1 of the "Real Housewives of Atlanta" reunion Sunday, May 17 at 8 pm ET/PT on Bravo.