This is Johnny Depp like you've never seen him before!

The new trailer for "Black Mass" just dropped, and we're getting to see the actor as real-life violent Boston crime boss, Whitey Bulger -- who likewise served as an informant for the FBI in 1975, before going into hiding for 16 years to avoid imprisonment.

Check out the intense trailer above!

We can definitely smell the Oscar buzz with this one already -- and aside from Depp's impressive makeunder, it's nice to finally see the 51-year-old back in a dramatic role.

"Black Mass" will follow Bulger's time working for the FBI, as he tries to take down a fellow family Mafia who are moving dangerously close into his territory.

Whitey was finally caught in Santa Monica, California in 2011 and transferred to Massachusetts where he and his girlfriend, Catherine Greig, were placed under arrest. In 2013, Bulger was found guilty on 31 counts -- from racketeering to involvement in numerous murders -- and is now serving two life terms and then some in Sumterville, Florida.

Are you excited to see Depp in "Black Mass"? Tell toofab in the comment section below and check out the gallery to see more movie makeunders! 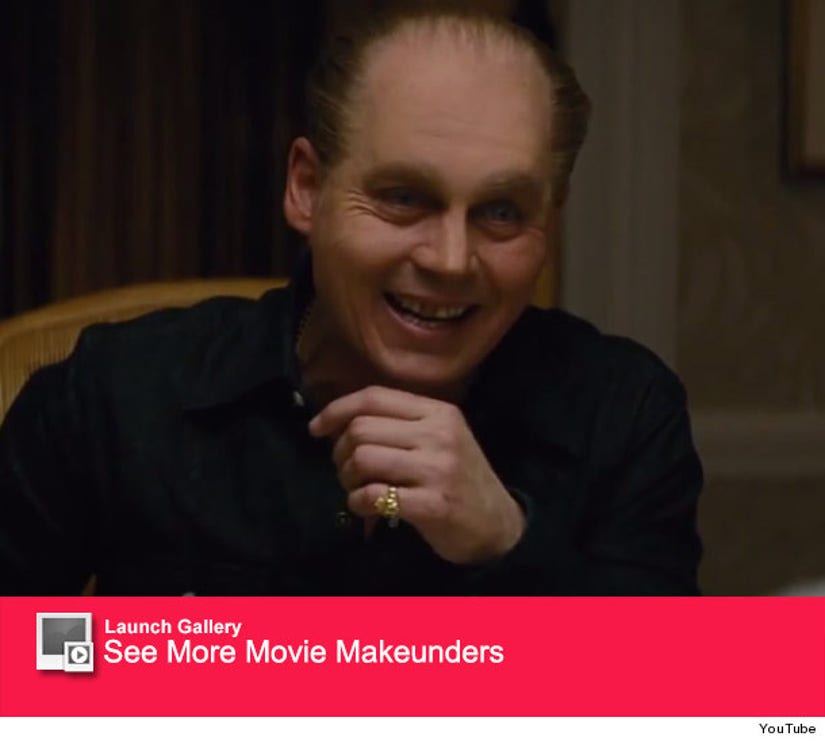