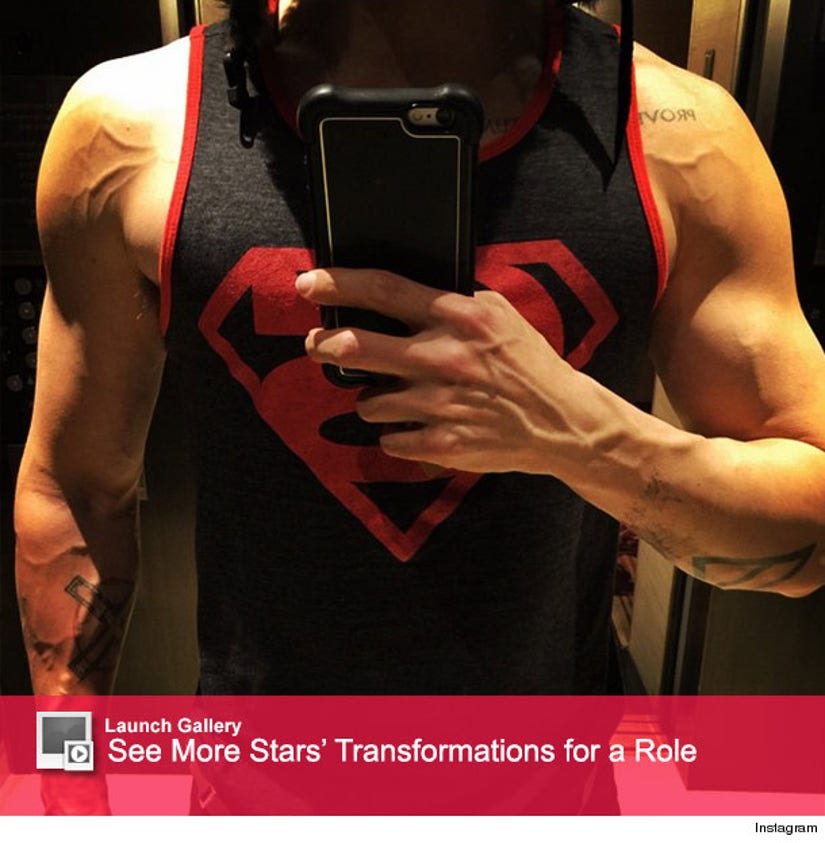 Take a look at those guns!

Jared Leto's "Suicide Squad" transformation continues -- and his latest change might be our favorite!

The "My So-Called Life" alum took to Instagram on Tuesday and revealed a pair of super sculpted arms in prep for his role as the Joker in the flick.

In the photo, the 43-year-old wears a Superman tank top which reveals his noticeably beefed upper arms. Guess that means he siding with supes in the "Batman v. Superman: Dawn of Justice" battle.

So far the Thirty Seconds To Mars front man has made some major changes for his role as the iconic villain. He cut his long locks and shaved his beard back in March ... and a few days later he emerged with a platinum blonde 'do. He's since dyed it bright green and will sport a ton of tats in the film -- just look at the official shot below! 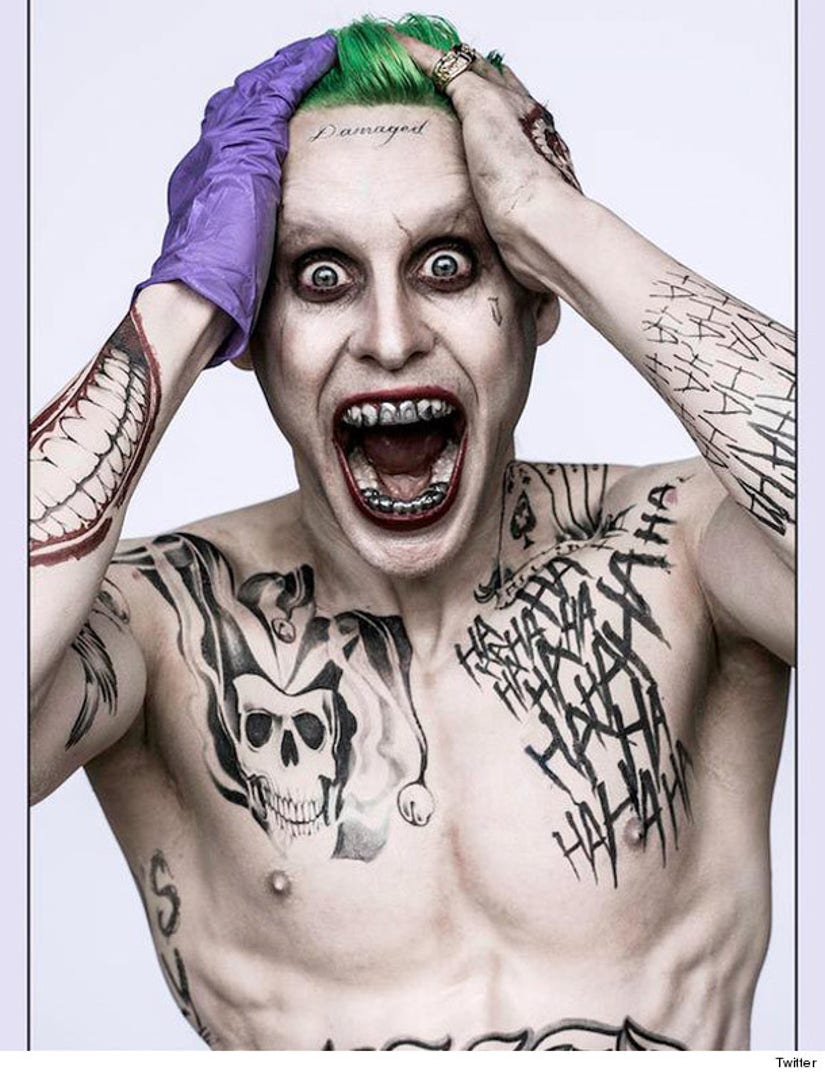 This isn't the first time the actor/musician has undergone a dramatic transformation for a role. For 2013's "Dallas Buyers Club", Jared famously dropped 30 pounds and waxed his entire body to play a drug-addicted transgender woman.

He won the Oscar for Best Supporting Actor for the role. If that's any indication of how dedicated he is to his craft -- then we can't wait to see the finished product of his latest character!

What do you think of Jared's latest change? Sound off below then click "Launch Gallery" for more stars who've transformed for movie roles.