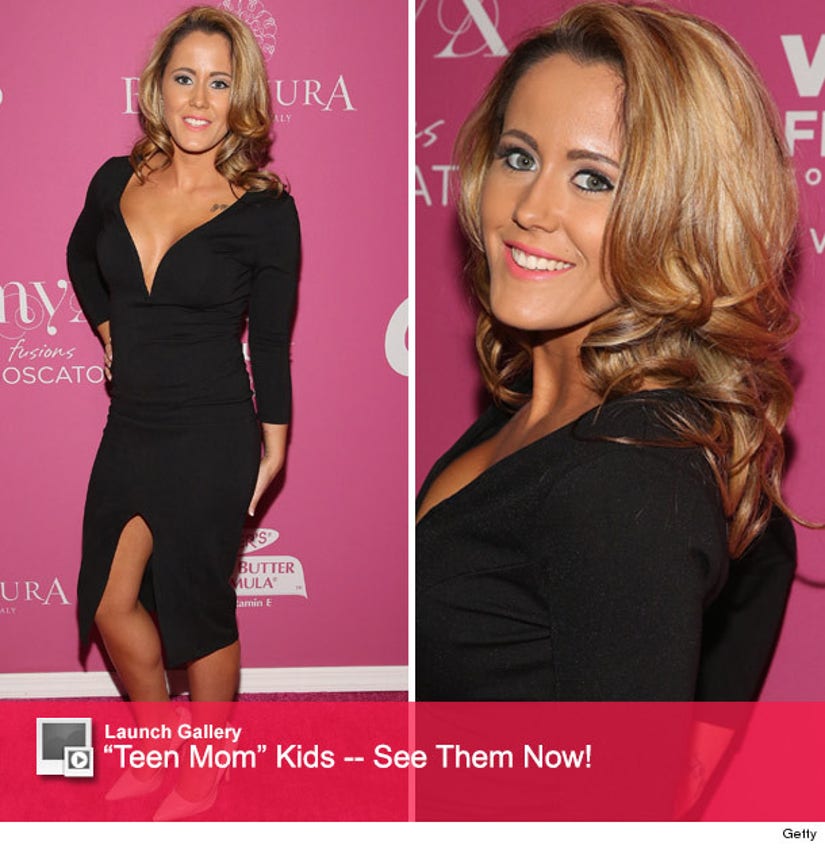 The reality TV star wore an all-black Jessica Rich Collection dress with a slit up the leg and a plunging neckline. She paired the look with a pink lip and some perfectly-coiffed hair.

Evans showed up to the event solo, which isn't entirely surprising to anyone who's been following all the drama between her and fiance Nathan Griffith.

The two, who share son Kaiser, have been seriously at odds lately, with a domestic violence incident back in March and barbs back and forth on Twitter. Evans even recently tweeted that she was going to cover up her tattoo of his name, despite his "begging" to get her back.

But when we asked her about her relationship status last night, it sounded like they're not ready to throw in the towel just yet.

"I've been doing my own thing for two months now,” she tells toofab. "We're on the rocks but we're working things out."

We'll see all the drama unfold on TV when Season Six of "Teen Mom 2" premieres July 9 on MTV.

What do you guys think of Jenelle's new look? Tell toofab in the comment section!