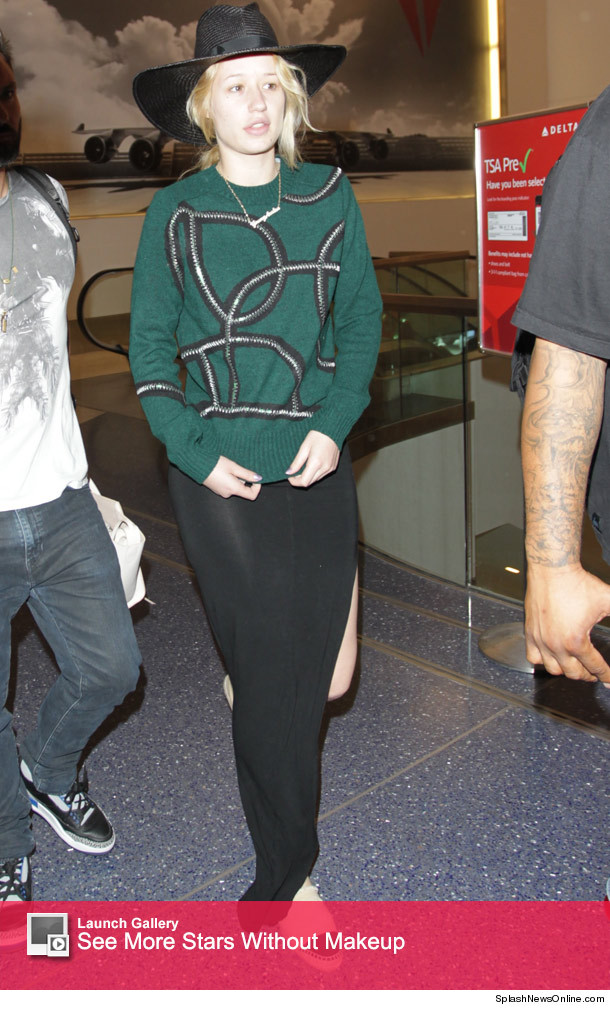 Well this is an interesting maternity look!

Kim Kardashian stepped out on Wednesday in Calabasas, California with her growing baby bump on full display.

The 34-year-old slipped into a semi-sheer black onesie that showed off all her curves. She later covered up in a Balmain cardigan and paired the look with lace-up black booties.

The "Keeping Up With The Kardashians" star is about four months along and her latest ensemble puts the spotlight on her blossoming belly.

But this isn't the first time the "Selfish" author has donned a onesie during her pregnancy. The style has become a staple for the star, especially when she's traveling. Kim stepped out in a similar pink one-piece just last month!

Earlier in the week Kanye West's other half was spotted out and about in Paris rocking several curve hugging looks while in the City of Light.

North West's mom, who is expecting a baby boy this time around, has not been afraid of showing off her famous bod during her second pregnancy.

She's worn just about everything from full fringe, to cleavage baring looks and even crop tops!

What do you think of Kim's latest wardrobe choice? Sound off below then click "Launch Gallery" for more of her maternity style with baby number two!

Kris Jenner on 'Rise and Shine,' Kourtney Quitting and More

Woman Pleads Guilty to Exposing Breasts to Own Husband